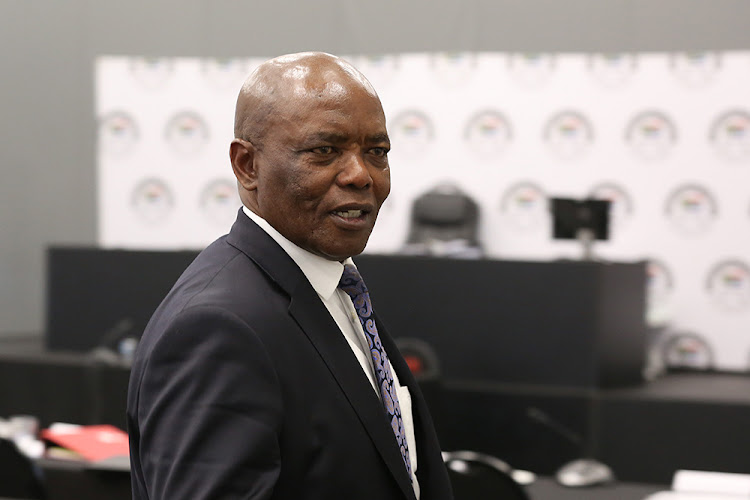 Koloane, a former ambassador to the Netherlands, was seen as the fall guy for the Gupta wedding plane landing at Waterkloof Air Force Base nearly nine years ago.

Koloane was said to have, on the day of the illegal landing, told defence minister Nosiviwe Mapisa-Nqakula's political adviser that he was “under pressure from No 1” to secure clearance for the landing. Koloane was found guilty of exerting undue influence on some state officials to secure the landing and was suspended without pay for his role.

Koloane was the chief of state protocol at the time of the landing, and told the commission that though he abused the powers of his office to facilitate it, he did not have control of diplomatic channels.

“Having regard to the evidence about ambassador Koloane’s role in the landing saga, his reference to the president [or No 1], his incomprehensible promotion and what Mr Atul Gupta told Mr Sundaram about the 'reinstatement' of people involved in the Waterkloof landing, and the poor impression that ambassador Koloane made as a witness to the commission, it is probable that he acted on the instructions of or at the request of President Zuma when facilitating the landing.

“This is said notwithstanding his subsequent denial that President Zuma has asked him to facilitating the landing,” said Zondo.

It is difficult to accept that former president Jacob Zuma did not have knowledge about the controversial 2013 Waterkloof landing before it happened, ...
Politics
4 days ago

However, Zondo concluded that despite Koloane’s role in the landing or pressure he may have exerted on other officials, the evidence does not justify a finding that he acted as a result of “capture” of any officer or institution of the state.

“At worst, his conduct and the lapses in procedure by the officials at the base, brought embarrassment to the government and to the country,” said Zondo. “It is hoped that an incident like the Waterkloof landing will never happen again in this country.”

Koloane is also the only person who underwent disciplinary proceedings and was held responsible for the landing incident. Zuma then named him as an ambassador to the Netherlands, but he resigned from this position in September 2019 over his testimony at the state capture commission.

Anderson was responsible for movement control at the base at the time of the infamous landing in 2013.

Anderson said that before the landing, she dealt with Koloane and a man by the name of Ashu Chawla.

According to a parliamentary committee probe into the Gupta’s naturalisation, Chawla is believed to have played a central role in facilitating visas for the family and their naturalisation.

On July 8 2019, head of state protocol Jerry Matjla told the commission that a day after the flight landed, a national intelligence co-ordinating council meeting was urgently convened. He said the six-hour meeting intended to determine exactly how the flight was permitted to land.

Matjila told the commission that he called then Indian high commissioner to SA, Virendra Gupta (no relation to the Gupta family), asking if he assisted in facilitating the flight and whether Indian ministers were on it. Matjila said though there were no national ministers from India on the flight, state ministers (equivalent to an MEC) were present.

According to the state capture report, Gauteng police provided 31 vehicles and 62 officers — at a cost of R47,000 to the province — to provide security en route to Sun City. The North West police took over security at the border of Gauteng and the North West, with 70 security vehicles provided for the guests' transportation.

It further emerged that some Tshwane metro police department officers were moonlighting as security personnel.

By involving himself in the formation and running of the Gupta media house TNA Media and news channel ANN7, former president Jacob Zuma was in breach ...
Politics
4 days ago

Chief justice Raymond Zondo has found that President Cyril Ramaphosa opted to look the other way at the early signs of state capture when he served ...
Politics
4 days ago

Corruption accused Ace Magashule and his known ally, former Free State agriculture MEC Mosebenzi Zwane, were pursuing the agenda of the Guptas when ...
Politics
4 days ago