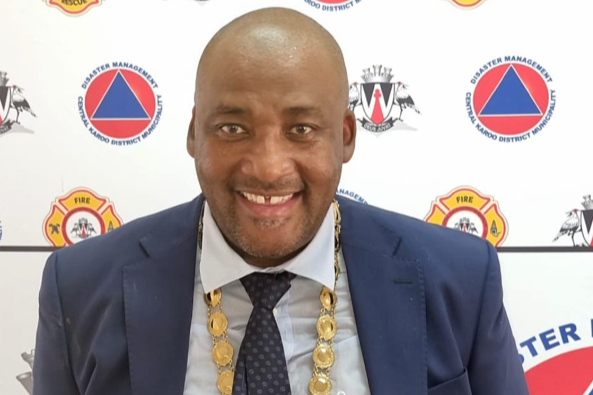 It seems mayor Gayton McKenzie may have taken a chapter out of transport minister Fikile Mbalula’s Dubai vision, vowing to turn the Central Karoo district municipality into a luxurious city.

The Patriotic Alliance leader and mayor vowed to revamp living conditions in the municipality by eradicating the bucket system and fixing potholes, among other developments.

“We will turn this place into Dubai. We are fixing the basics like bucket toilets, potholes and jobs for all. We will start an ambitious construction project like never seen before after my 100 day mark. Our people are cynical because of past heartaches by politicians.  I’m different,” said McKenzie.

We will turn this place into Dubai,we fixing the basics like bucket toilets, potholes and jobs for all, we will start an ambitious construction project like never seen before after my hundred day mark,our people are cynical because of past heartaches by politicians, I’m different https://t.co/6PJNQsJsNF

Earlier this week, among other things, he opened a protective clothing factory, a bakery, and a tar plant in the municipality.

He also refurbished a local swimming pool, which residents have complained they have been waiting years to have fixed.

“I have not used any finances from the municipality, not a single cent. I don’t intend to use any money until I have helped stabilise the finances of the whole district,” said McKenzie.

We have great plans to turn the Central Karoo into the next Dubai through its abundance of uranium, gas, sun and wind.
News
3 weeks ago

He said mayors should be salespeople of their respective areas.

“Show investors how much money they will make, give them incentives, stay within the law but remove the red tape and help to speed up applications. We are opening factories without it costing us a cent in Central Karoo,” he said.

McKenzie said as mayor, he is not in competition with anyone and vowed to publish the names of workers in every factory for transparency.

“I am not in competition with anyone. I'm merely trying to do the things I promised the people who were ridiculed when they took a leap of faith and voted for a guy who was once in jail. We will publish the names of workers in every factory for transparency.”

He hit back at criticism, saying:  “Some of you don’t even try to change the circumstances of the people who voted for you. Let me at least try. Park your hate. This is not the time. We are dealing with the futures of people. Even if I fail, at least I tried.”

Do you think Gayton McKenzie will achieve his goal of turning the Karoo into Dubai?

CAIPHUS KGOSANA | Say what you will, Gayton McKenzie is showing the ANC how it’s done

Ex-convict turned Patriotic Alliance leader Gayton McKenzie has vowed to help Sindisiwe Manqele rebuild her life after her release on parole this ...
Politics
1 month ago

Q&A with leader of the Patriotic Alliance, Gayton McKenzie

Gayton McKenzie, leader of the Patriotic Alliance, blames the growing threat of Islamic State-sponsored terrorism in SA on illegal foreigners who run ...
Opinion & Analysis
1 month ago