LISTEN | President must be elected directly by the people: Zondo 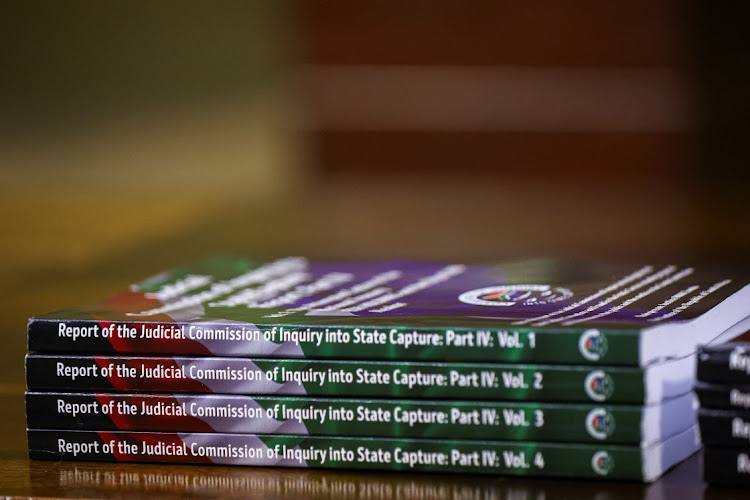 Copies of the final state capture report from chief justice Raymond Zondo are seen at the Union Buildings in Pretoria on June 22 2022.
Image: REUTERS/Siphiwe Sibeko

In the final state capture report, chief justice Raymond Zondo recommends that the electoral system be reformed to allow citizens to choose their own president.

What if you could choose your president? University of Cape Town constitutional law professor Pierre de Vos details the necessary processes:

The SA Electoral Act allows citizens to choose a political party but not the president.

In the recommendation, Zondo said considering the evidence laid before the commission, including that against former president Zuma “helping the Guptas loot taxpayers’ money”: “We are bound to ask the question: how did this country end up having as president someone who would act the way President Zuma acted?”

Zondo questioned Zuma’s election in 2009 at a time when he had more than 700 pending charges against him.

The last report of the state capture commission was officially handed over to President Cyril Ramaphosa on Wednesday evening after a number of postponements and delays.

LISTEN | What if you could choose your president?

By involving himself in the formation and running of the Gupta media house TNA Media and news channel ANN7, former president Jacob Zuma was in breach ...
Politics
1 month ago

Ramaphosa had nothing to lose by speaking out against state capture, says Zondo

President Cyril Ramaphosa had nothing to lose by speaking out against state capture during his predecessor Jacob Zuma's chaotic reign, says ...
Politics
1 month ago

A tall order for parliament, with six months to redraft the electoral law

A mountain of work awaits parliament as it seeks to complete the amendment of the Electoral Act to allow independent candidates to contest provincial ...
Politics
1 month ago