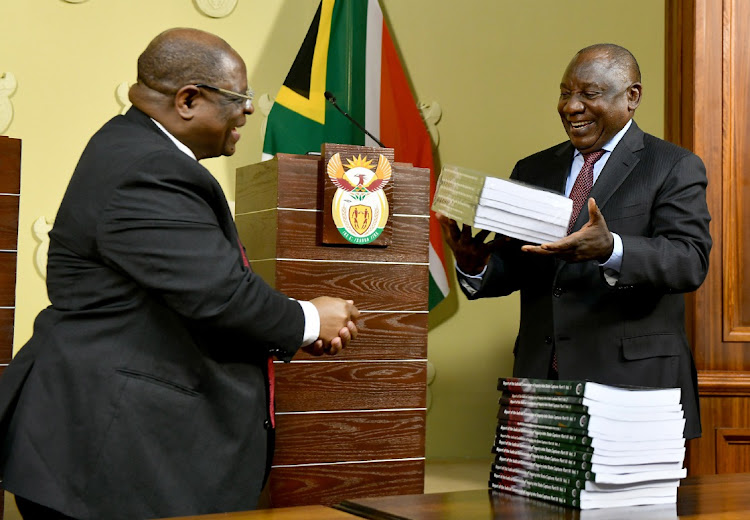 On Monday Mashaba said the state capture inquiry, which lasted nearly four years with more than R1bn poured into its work, was a “painful but necessary exercise”.

He said South Africans deserve justice and moral restoration after scathing revelations of corruption and fraud at state-owned entities by prominent political figures implicated in the report.

The party revealed three legal steps it will take to ensure justice is realised. It said the criminal justice system has proven time and again it is incapable of prosecuting corrupt ANC officials.

“What the war on corruption needs is serious actions. Nothing short of arrests, prosecutions and jailing will give meaning to the inquiry, and any delay in this process must be rejected by all South Africans,” Mashaba said.

The party said if the National Prosecuting Authority (NPA) fails to prosecute, it will pursue private prosecutions.

“In the event the NPA delays in the prosecution of any individuals named in the report, we will apply for an official decision declining to prosecute. Once we are in receipt of same, we will commence with any necessary private prosecution ourselves,” said Mashaba.

Mashaba said he will write to NPA head Shamila Batohi “to take the nation into her confidence” about progress made in state capture-related cases.

“Batohi must prioritise public confidence over secrecy and announce the steps that will be taken by the NPA following the report’s publication as a matter of urgency. Her silence has been deafening and must end.”

The NPA has seven days to lay criminal charges against implicated individuals or ActionSA will initiate legal steps.

Zondo must come clean on who penned state capture report that recommended I be investigated: Hlaudi Motsoeneng
News
1 month ago

LISTEN | ‘We are led by fools. No-one will liberate SA better than the EFF’: Malema

The EFF's stance on the state capture commission's findings is that chief justice and commission chairperson Raymond Zondo was attacking black ...
Politics
1 month ago