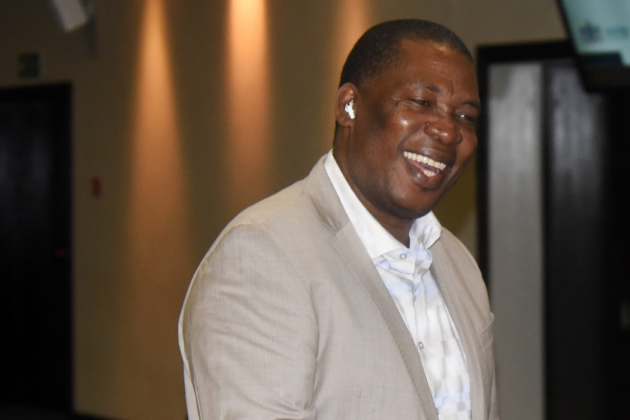 Gauteng education MEC and provincial ANC chairperson Panyaza Lesufi said on Tuesday the picketing outside his offices against the Basic Education Laws Amendment (Bela) Bill was misdirected and misinformed.

The DA picketed outside Lesufi’s offices and described the bill as an ANC proposal to take control over what language is taught in a child’s school and who is admitted to the facility.

The DA said the bill “wants to take power away from school governing bodies and parents, who know what is best for their children, and centralise it with ANC cadres. That is why the protest is taking place outside Gauteng education MEC Lesufi’s office”.

Lesufi said the process of passing the draft bill was in parliament.

“Therefore, the picketing is misdirected and misinformed. The process of passing this draft bill is in parliament and all must raise their concerns directly with parliament.”

Recently elected Gauteng ANC chairperson and provincial education MEC Panyaza Lesufi believes the DA marched to his office on Tuesday in an effort to ...
News
1 month ago

He said part of the amendments included in the bill is that a head of department (HOD) may direct a public school to adopt more than one language of instruction where it is practical to do so.

Lesufi said if the HOD issues such a directive, he or she must take all necessary steps to ensure the public school receives the necessary resources to enable it to provide adequate learning and education in the additional language of instruction.

“This bill simply advocates for, among other progressive amendments, the introduction of other languages to be taught in our schools.

“It further promotes fair and meaningful access to schooling.”

Lesufi said the DA is trying to prevent fair and meaningful access to schooling by picketing against the bill.

“The insinuation by the DA and other organisations stating the bill is being used to attack Afrikaans and mother-tongue education is senseless. The bill intends to promote and defend all languages in all schools.”

Schools bill is no betrayal, it’s a belated move to update the law

AfriForum, Solidarity and the DA have condemned proposed changes to the powers of school governing bodies, but the courts have already set precedents ...
Opinion & Analysis
1 month ago

Just R3,600 helps brighten the way for toddlers in Alexandra

Two parents in the Northern Cape have been banned for life from attending school and provincial rugby matches after they were found guilty of ...
News
1 month ago