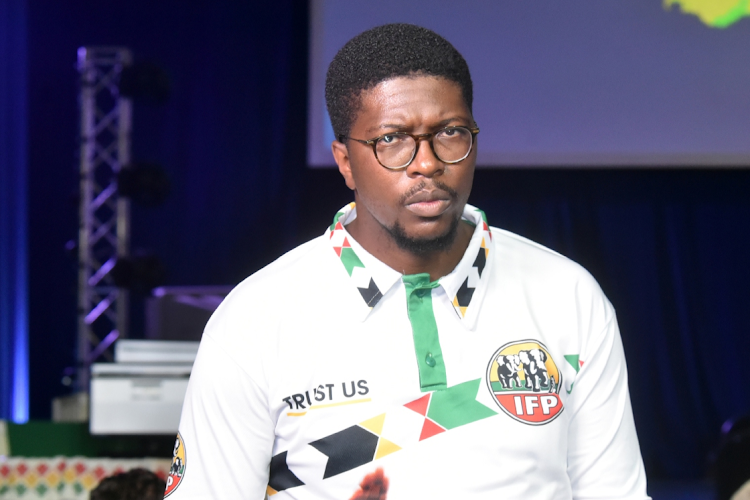 IFP spokesperson Mkhuleko Hlengwa says his party is calling for the public enterprises department to be dismantled and the state-owned entities under its control to be placed under line departments.
Image: Freddy Mavunda

The leadership of the IFP has called for the scrapping of the public enterprises department, saying electricity utility Eskom is in crisis and on the brink of collapse.

The call comes on the back of the return of rolling power blackouts and Eskom implementing various stages of load-shedding after several generation units had to be taken offline for repairs. This amid a crippling labour strike over wages.

Economists have estimated load-shedding is costing the country billions daily.

Addressing the media on Friday, the party said the state of SA’s state-owned enterprises, including Eskom, Transnet and Denel, was disheartening.

“For this reason, we are calling for the department of public enterprises to be dismantled and all entities must be placed in their line-function departments,” IFP national spokesperson Mkhuleko Hlengwa said.

The briefing followed the party’s four-day workshop, where several key issues were discussed. Its leadership was in agreement on the need for public-private partnerships to be fast-tracked and for the ability of municipalities to distribute electricity to be strengthened.

The party cited a lack of leadership as one of the factors contributing to Eskom’s woes. “It is apparent there is an absence of leadership — both politically and administratively. The minister [Pravin Gordhan], Eskom board and its executive are not fit-for-purpose,” Hlengwa said.

The party also deliberated on the increasing cost of fuel, saying it had long called on the  government to cut the levies that form part of the fuel price and give consumers much-needed relief.

Public enterprises minister Pravin Gordhan was heckled by attendees at a public lecture in Johannesburg on Thursday evening.
Politics
1 month ago

On the July 2021 riots that gripped parts of KwaZulu-Natal and Gauteng and left 354 people dead, communities in ruins and cost the economy billions in damage, the party said it feared riots would erupt again given SA’s state of affairs.

“Considering the current circumstances in the country, with over 25.5-million people unemployed, food costs rising and people becoming more and more desperate, we are fearful that unrest might boil over yet again,” Hlengwa said.

Commenting on the auditor-general’s report, which painted a bleak picture of the state of municipalities, the party said it appeared the situation was worsening.

“The people are crying out for leadership, for answers, for basic services and for a means to support their families,” he added.

South Africa’s reliance on coal to generate most of its power makes it an environmental pariah but it’s also helping keep inflation in check, ...
News
1 month ago

Load-shedding has worsened crime in many areas, according to community policing forums.
News
1 month ago

'This is no longer 1975, when our people relied on primus stoves': Pule Mabe slams Eskom

“This is no longer 1975, when our people relied on primus stoves and candlelight, things have changed," said ANC spokesperson Pule Mabe.
News
1 month ago