Tourism minister Lindiwe Sisulu said she secured medication for struggle stalwart Jessie Duarte while on a trip to Russia but arrived too late. 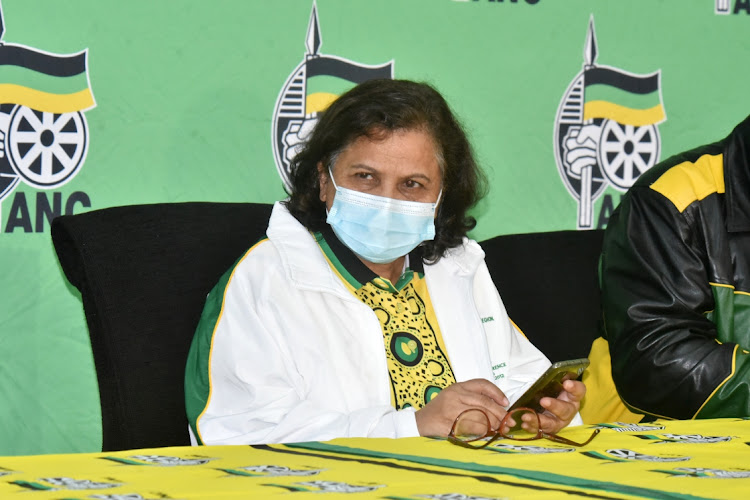 Jessie Duarte died in the early hours of Sunday after a battle with cancer.
Image: Freddy Mavunda

Tourism minister Lindiwe Sisulu said she secured medication for struggle stalwart Jessie Duarte while on a trip to Russia but arrived too late.

Sisulu was among several high-ranking ANC dignitaries who gathered at Duarte’s Observatory, Johannesburg, home for her final sendoff.

Duarte died in the early hours of Sunday after battling cancer.

President Cyril Ramaphosa, who will deliver the eulogy at Westpark Cemetery, accompanied by ANC treasurer-general Paul Mashatile and Duarte’s sons and brothers, walked behind the hearse carrying her remains on Sunday.

She will be buried according to Muslim rights.

An emotional Sisulu speaking outside the house as Duarte’s remains left her home said she was an “outstanding woman who was principled, driven and stood her ground”.

Sisulu said Duarte, was “almost part of our family”, as her mother Albertina had hired her in 1979 as her aide.

“I was invited to Russia, and while I was there I tried to get medication for her. I succeeded but arrived home too late.”

“We have lost comrade Jessie at the wrong time. We would have loved to have her more now when the ANC is going through very difficult times,” Mantashe said outside her home.

“We need all the strong people around. But that is not our choice,” he said.

“Jessie worked with me for five years, but I can tell you straightforward, don’t second-guess her. You don’t assume anything.”

Mourners have gathered in Johannesburg for the special official category 2 funeral of the late ANC struggle stalwart Jessie Duarte on Sunday.
Politics
1 month ago

The Nelson Mandela Foundation described ANC deputy secretary-general Jessie Duarte, who died on Sunday morning, as a "comrade and friend" to the late ...
Politics
1 month ago