'I can drag you to hell & back': Inside Mashaba and McKenzie's spicy exchange over old ‘black people are lazy’ jibe 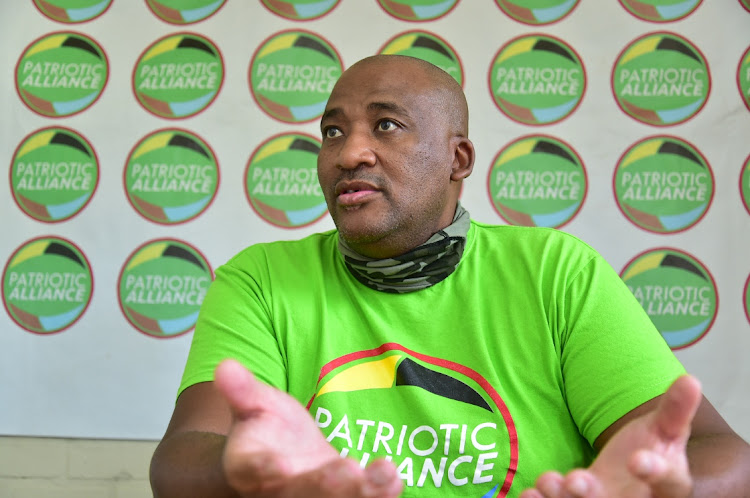 ActionSA leader Herman Mashaba and Patriotic Alliance president Gayton McKenzie had the social media timeline in meltdown mode on Monday after their spicy exchange over a claim that black South Africans are “lazy”.

The claim, made by McKenzie in a 2013 interview on SABC2's Morning Live, resurfaced in a video online recently.

In it McKenzie can be heard praising foreign nationals, claiming they were an “integral part of our economy” and the country “will not function” if they all left.

Reacting to a clip of the interview, Mashaba said he wanted no part in the narrative.

“I would sincerely ask Gayton to count me and millions of Black South Africans out of this lazy narrative.”

It deeply hurts me after spending half of my life under an oppressive Apartheid System, with hard working communities against all odds. Then had to live another 28 years under an ANC criminal system, and now been called lazy is a final straw.
I am a Proud, Black Hard working SA https://t.co/L0OsFHadCw

McKenzie, whose party has been vocal against illegal immigration, responded by saying he now held a different view.

“I have said and done many things that I regret, I hold a much different view after seeing the destruction illegal foreigners are causing, after seeing the plight of our people on the ground.”

The Central Karoo mayor fired one last shot at Mashaba, saying he would “drag” him but it would not solve anything.

“I can drag you to hell and back. It will get me likes but our people's lives will not be better”.

I have said & done many things that I regret , I hold a much different view after seeing the destruction illegal foreigners are causing, after seeing the plight of our people on the ground. I can drag you 2 hell & back but it will get me likes but our people lives will not better https://t.co/XQ1moOevWi

"We will turn this place into Dubai. We are fixing the basics like bucket toilets, potholes and jobs for all," said Gayton McKenzie.
Politics
1 month ago

We have great plans to turn the Central Karoo into the next Dubai through its abundance of uranium, gas, sun and wind.
News
2 months ago

Ex-convict turned Patriotic Alliance leader Gayton McKenzie has vowed to help Sindisiwe Manqele rebuild her life after her release on parole this ...
Politics
2 months ago