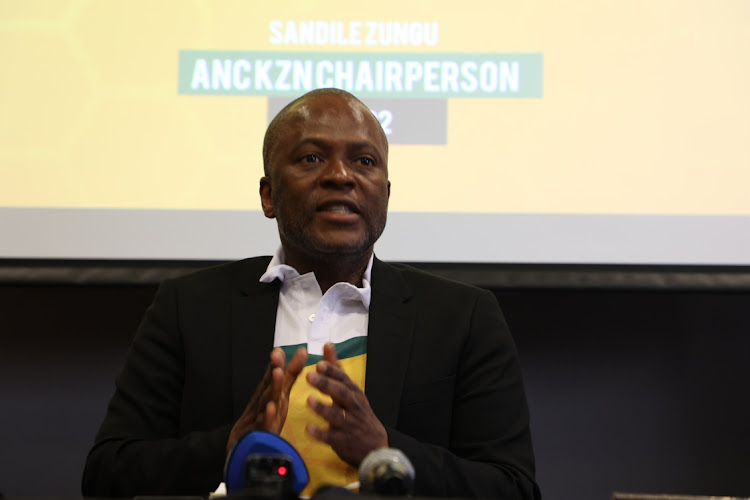 Zungu held a media briefing on Tuesday, where he laid out his objectives for political office, diagnosed challenges that have plagued the party in the province and defined solutions.

The businessman from Umlazi, south of Durban, said he is positive his name will appear on the ballot for the position come the provincial conference. However, he criticised the electoral process and is advocating for reform.

“The ordinary members of the ANC are being disempowered in choosing who should lead them inasmuch as the basic unit of the organisation is the branch, but the basic unit [is] individual members of the ANC ... it's very important that this matter be looked [into], maybe to move away from slates, to move away from gatekeeping, ownership of branches by individuals ... there is a need for a system where it is one member, one vote,” he said.

“We believe that will do a lot of good in dealing with this toxic environment of slates, capturing of branches by powerful individuals and money flowing around. The empowerment of members within the context of electoral reforms [is] critical.”

But the AmaZulu FC boss says he has not taken sides in the battle for KZN, the party’s biggest region
Politics
4 months ago

The biggest and most urgent challenge facing the KZN ANC ahead of the conference, according to Zungu, is the election of leaders who are capable of retaining a majority come the 2024 elections.

Zungu said the trend points to a massive decline of the party in the province and if nothing changes, it is destined for opposition come 2024. This, he said, prompted him to contest for political office.

“For a lot of us who were born in the ANC, we are deeply worried the ANC robbed of state power would be an ANC robbed of its capacity to deliver a better life for all South Africans ... to fight poverty, inequality, unemployment, among other ills that bedevil our society.

“I being able to stand up is because I recognise I probably possess part of the solution to the problems. If I am elected I will not operate on my own — my commitment to serving the ANC and its people is unequivocal, despite the outcomes of the conference.”

While provincial chairs are often picked for the premiership position, Zungu said he does not want an executive role. His aim is to steer the party back to leadership status. This would be done by uniting the province, reclaiming glory for the party by being actively involved in fostering solutions to societal ills and ensuring accountability by those in government.

Zungu says he's not looking for an executive position - if he has his way, should he be elected chairperson. He would prefer his name not to be part of three that are sent to the NEC for Premiership of the province. He dismisses the notion of two centres of power #ANCKZN

He added that interactions in regions he has visited have compelled him to believe he is on the right path and nomination from his branch is a confidence booster.

While Zungu is seen as more of a businessman than a politician, he believes his political credentials speak for themselves. He traced his political activism back to the age of 14, through university in the 1980s and during his career, most notably when he led state-owned entity Denel.

“What I don't have are credentials to do the wrong things, but I do have strong political credentials and I have a right to be here as a member of the ANC, and be available to stand for office. It is my duty,” he said, signalling he has no scandalous baggage.

Organisations march in Durban to demand arrest of Ramaphosa

A group of organisations on Monday called on KwaZulu-Natal police commissioner Lt-Gen Nhlanhla Mkhwanazi to arrest President Cyril Ramaphosa for the ...
News
3 weeks ago

‘State is to blame’: alleged July riots instigators plan to plead not guilty

‘Do you seriously think that I as an individual can cause so much racket in the country?’ asks Ngizwe Mchunu, one of the accused
News
3 weeks ago

The process of assessing damage and allocating funds was not co-ordinated, says the premier
Politics
1 month ago

The outgoing ANC leadership in KwaZulu-Natal believes the party is in a better state than what they inherited four years ago, according to provincial ...
Politics
1 month ago