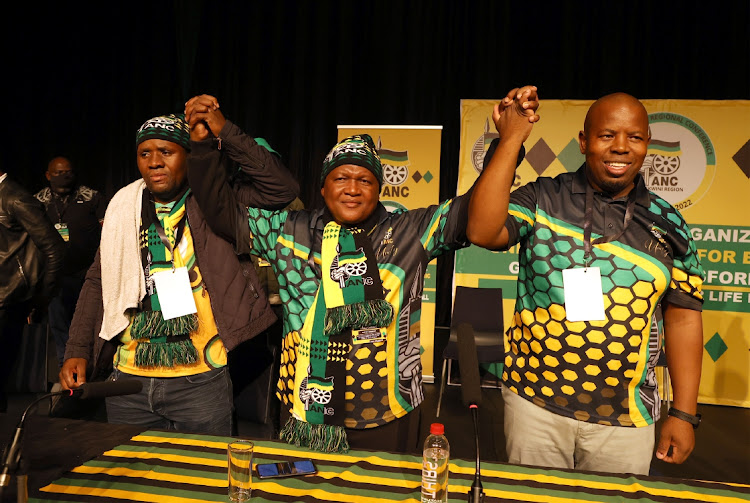 eThekwini, KwaZulu-Natal’s biggest region in the ANC, is yet to decide on  who it will be supporting at the province's elective conference — a day before it starts.

The sector has called a regional general council (RGC) in the hopes of finally settling on who to support.

According to spokesperson Mlondi Mkhize, this is not an indication of divisions in the region but a necessary process of persuading each other.

“How we arrive at a decision has a bearing on how we treat and view the outcomes. If we deal with the leadership question in a manner that is rough and bossy we are likely to leave people with anger.

“What we need is for all of us to be persuaded by discussion and dialogue, such that we arrive at a decision that will not create divisions. Hence we are sitting down even when we don't agree, ours is to say this is what we want to see in leadership,” he said.

The regional leadership held a meeting on Tuesday where names were chosen pending an agreement from other structures.

This led to another meeting on Wednesday, which included voting delegates, branch chairs and secretaries. However, no agreement was reached, resulting in a need for an RGC.

“eThekwini is trying to drive this process in a manner that is going to be inclusive of all its members and constituencies; to maintain unity in the region, that is what is important for us.

“This process will culminate in a decision today, to have one view that will come out of eThekwini. This is to make sure the leadership does not take over the role of branches,” Mkhize said.

TimesLIVE can reveal that during Tuesday’s meeting the REC settled on two names for the position of provincial chair and secretary. However, sources at the meeting with branch representatives questioned the decisions.

“The REC names are not final but the question was mainly what about the other two candidates who were nominated by branches in eThekwini, because they don't appear anywhere in the REC’s list?” an attendee told TimesLIVE.

Mkhize said the two names for the two positions was not an indication of divisions within the REC but a principled stand to give branches options.

He added that the names were merely to give structures guidance.

“There is a position in the REC, the person we consider for that position was the only one raised. We then said no, we have to go to branches with two names to give them to consider because when it's one it looks like an instruction. We then added a second name.

“Where you see two names you might think these people are [at] loggerheads but there was a position; she was the only one nominated and we said we are quite comfortable with her leadership experience but the meeting took a principled decision that we can't go to branches with one,” said Mkhize.

However, some delegations have raised questions about Nomusa Dube-Ncube and Sandile Zungu being in the REC list — both are running for the post of chair.

“The question is they were also nominated by branches in eThekwini so how did the REC arrive at the name and what must happen to the other two names?” asked a branch leader.

Dube-Ncube and Zungu are from eThekwini region.

The outgoing ANC leadership in KwaZulu-Natal believes the party is in a better state than what they inherited four years ago, according to provincial ...
Politics
1 month ago