POLL | What do you think of Thabo Mbeki’s criticism of Ramaphosa? 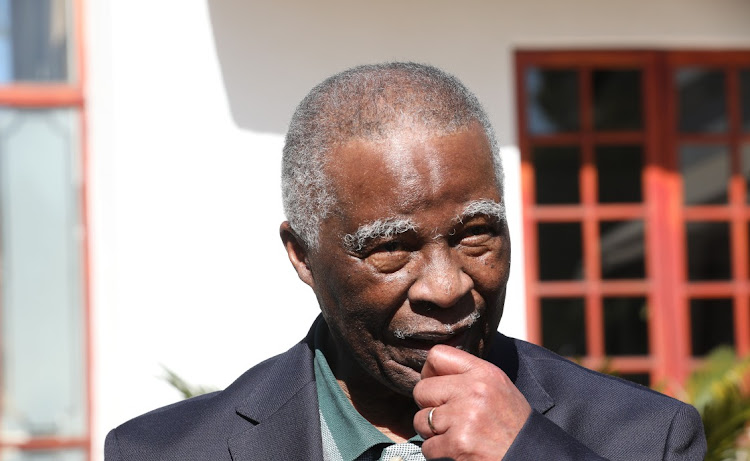 Former president Thabo Mbeki has blamed President Cyril Ramaphosa to an extent for not delivering on promises.
Image: Veli Nhlapo

Speaking at a memorial service for ANC stalwart Jessie Duarte in Johannesburg on Thursday, Mbeki said Ramaphosa was, to some extent, to blame for not keeping his promise to address social ills. Among the issues are poverty, unemployment, criminality and inequality.

“Comrade Cyril Ramaphosa, when he delivered the state-of-the-nation address in February, said ‘in 100 days there must be an agreed comprehensive social compact to address these matters’. Nothing has happened, nothing,” Mbeki said.

While many applauded Mbeki for speaking out, others said it was rich for Mbeki to speak when there were failures during his time as president

A few claimed it was another sign the ANC is tearing itself apart.

Duarte died on Sunday morning after a battle with cancer.

Mbeki likened the current state of SA to the “Arab Spring” uprisings which brought changes of government in several countries starting in 2011.

“One of my fears is that one of these days it’s going to happen to us. You can’t have so many people unemployed, so many people poor, people faced with lawlessness, faced by leadership in which they see ANC people one after another called corrupt.

Former president Thabo Mbeki says there is no national plan to address a number of social ills, including poverty, unemployment, criminality and ...
Politics
2 weeks ago

Mourners including political and religious leaders gathered on Thursday for the memorial service of late ANC deputy secretary-general Yasmin Jessie ...
Politics
3 weeks ago

The memorial service for Jessie Duarte is taking place on Thursday at the Johannesburg city hall.
Politics
3 weeks ago