ANC at its weakest since 1994 due to corruption, patronage, divisions 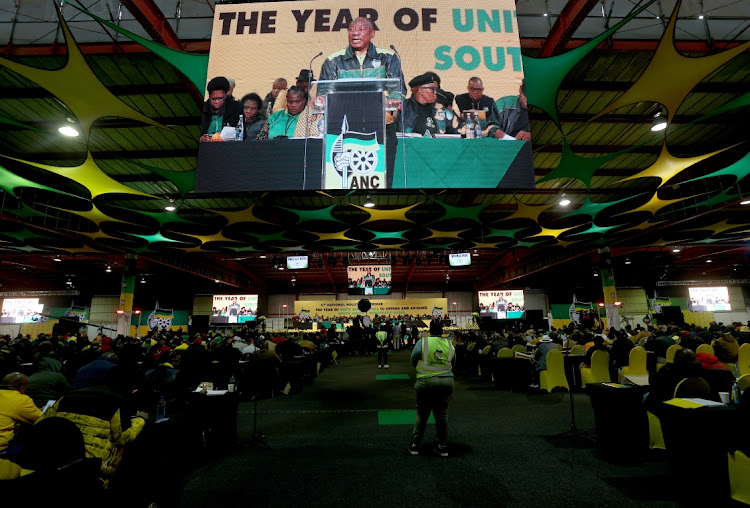 The ANC is at its weakest since the advent of democracy.

This is according to ANC president Cyril Ramaphosa, who on Friday shared his views with delegates at the ANC policy conference on why the party was losing its popularity.

He said that divisions, corruption, patronage, being out of touch with communities and poor consequence management were some of the reasons the party was losing electoral support.

“The ANC is today at its weakest and its most vulnerable since the advent of democracy. Our weaknesses are evident in the distrust, disillusionment and frustration that is expressed by many people towards our movement and our government,” Ramaphosa said.

“They are reflected in our support in the local government elections in November last year, where for the first time, we fell below 50% of the national vote.”

Pundits are predicting that the ANC will continue losing electoral support even in the upcoming 2024 general national elections.

President Cyril Ramaphosa this week appeared before the party’s integrity commission over the Phala Phala scandal and is expected to return for a ...
Politics
2 weeks ago

Giving his analysis on the matter, Ramaphosa said some of the divisions were not based on ideological differences but were over fights over who should lead to have access to financial resources and continue to provide protection for wrongdoers.

“Perhaps most strikingly, our weaknesses are evident in the divisions within our ranks. These are not divisions about policies or ideology, but are driven by the competition for positions, the contestation of structures and the pursuit of access to public resources.

“These divisions manifest themselves in patronage, gatekeeping, vote buying and manipulation of organisational processes. These divisions are driven by corruption and the need by those responsible for corruption to avoid detection and accountability.”

Ramaphosa told the gathering that voters were also unhappy with the poor state of ANC-run municipalities — some of which have had to be placed under national and provincial administration due to poor management.

Municipalities that are now under administration stand at a staggering 33, up from just eight in 2017, he said, attributing this to weak oversight, shortage of skills, poor accountability and inadequate consequence management, corruption and fraud.

“This situation has contributed to declining levels of voter participation in elections and diminishing support for the ANC,” he said.

“This resulted in the loss of several key municipalities in last year’s local elections and the emergence of coalition governments in several places. Our experience since then has demonstrated that coalition governments are ill-suited to effectively drive development, provide quality services or ensure proper accountability.”

The party has taken several steps to deal with some of these issues ahead of the local government elections last year.

Some of these include involving communities in the candidate selection processes “so that ANC candidates have the support and confidence of the communities they are expected to serve”, Ramaphosa said.

The ANC in KwaZulu-Natal, however, resolved at its conference last week to differ with this approach.

Ramaphosa also told delegates that as part of addressing these issues, the party took all mayors in ANC-led municipalities through a vetting and interview process.

“We launched the ANC local government barometer to track whether we are keeping to the commitments that we made in our manifesto and to monitor the effectiveness of councillors,” he said.

“We amended the Local Government Municipal Structures Act to promote ethical conduct by councillors and impose harsher consequences for wrongdoing.”

ANC president Cyril Ramaphosa has told ANC members to do some serious introspection during the party's sixth national policy conference.
Politics
2 weeks ago

ANC president Cyril Ramaphosa has told the party’s national policy conference in Nasrec in the south of Johannesburg the ANC will not abandon ...
Politics
2 weeks ago