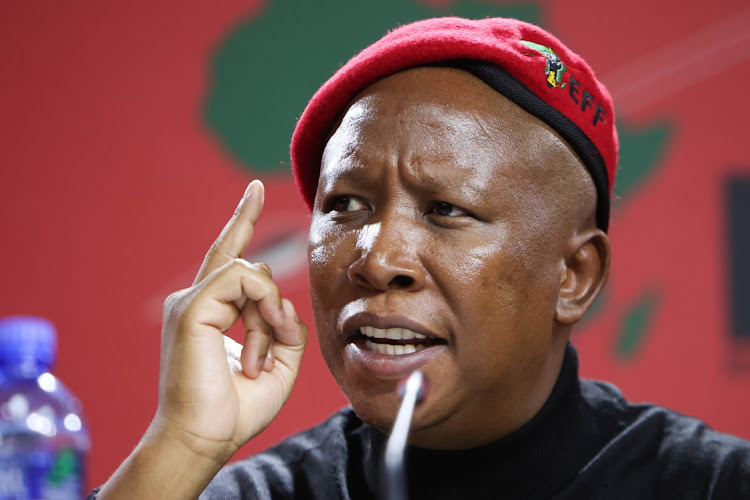 EFF leader Julius Malema has warned party members they should quit rather than commit corruption .

Malema was speaking at the party’s ninth birthday celebration in Mangaung in Free State at the weekend.

He touched on issues including poor governance, crime and a planned “national shutdown”.

“In the EFF, a corrupt councillor who takes bribes from ANC-connected entrepreneurs will never see the light of the day. When corruption is brought to our attention against our own members, we act against our own because we believe we cannot deal with others if we can’t cleanse ourselves from corrupt elements in the EFF.

“If you are still thinking of being corrupt in the EFF, just leave that thing. It’s not going to help you because we are going to deal with you decisively in the EFF.”

LISTEN | 'The streets are calling, we’re going to shut down SA to a standstill': Malema

The red berets celebrated their ninth anniversary in Mangaung, Free State. EFF leader Julius Malema used the celebrations to lament crime and the ...
Politics
2 weeks ago

Malema promised a “national shutdown” to protest against high unemployment and poor governance. A date is yet to be announced.

“Instead of finding an alternative oil for South Africans, he will never do that because he’s empowering his friends in the West and in America. We are going to shut down SA and when we do so, all the streets are going to come to a standstill because we must take action against the state of our nation.”

EFF leader Julius Malema has called on police to act swiftly to catch the men involved in the rape of eight women in Krugersdorp.
Politics
2 weeks ago

The EFF leader made the call at his party's ninth anniversary celebrations on Saturday after the rape of eight women on the West Rand.
Politics
2 weeks ago