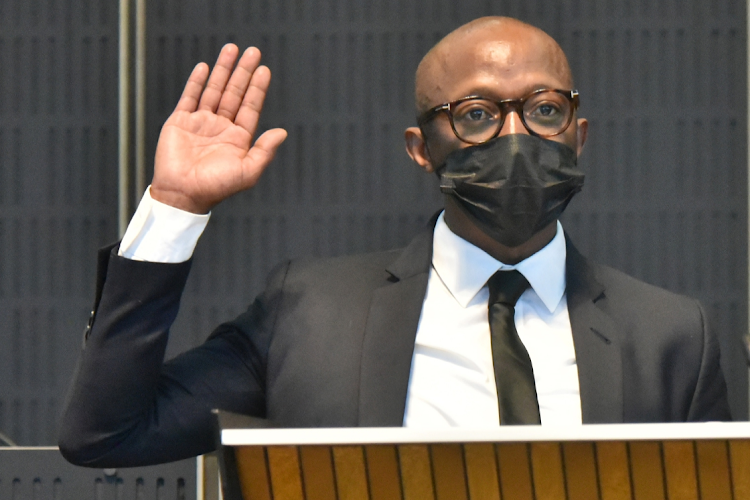 The ministry of justice and correctional services has condemned intimidation of the Socio-Economic Rights Institute's staff in the wake of litigation on the rights of informal traders in Johannesburg.

Seri has supported the SA Informal Traders Forum (SAITF) with a successful application to the Gauteng high court which last week ordered the city to reverse the illegal eviction of information traders from the De Villiers trading precinct.

After this, Seri said tweets with pictures of its staff were circulated and people were encouraged to “follow us home from the office and take pictures of where we live if they happen to see us; visit and burn down our office, while a screenshot with our address was circulated”.

The social media threats came after ActionSA councillor Nkululeko Mbundu, the MMC for economic development, allegedly falsely asserted that the city had been interdicted because the case against the city “used locals as a front”, said Seri.

The justice ministry on Wednesday called on the information regulator to investigate the matter in line with the Protection of Personal Information Act.

“The MMC’s actions have been a blatant violation of a court order and show a total disregard for court decisions. The MMC has also endangered the lives of Seri’s staff by placing pictures of Seri staff and their respective cellphone numbers on social media and baiting xenophobic elements in our communities to target these individuals,” the ministry said.

“Court orders are vital to the rule of law. We urge the City of Johannesburg mayor to ensure that orders made by our courts are upheld and respected.”

Deputy minister of justice and constitutional development John Jeffery said: “It is important to stress that the right to legal representation is fundamental. Every person has the right to have their case heard before a court of law. Legal practitioners represent their clients and the rights of their clients. They cannot and should not ever be harassed and intimated for doing their jobs.

ActionSA president Herman Mashaba defended his party's councillor, saying Mbundu had merely shared a Seri press statement on Twitter “to challenge falsehoods communicated by Seri relating to a legal case against the City of Johannesburg”. It was Seri itself that included the names and contact numbers of their personnel on the press statement, he said.

“Any claim that Mbundu shared the statement with the intention to do anything other than speak on behalf of the City of Johannesburg government, of which he is an MMC, is false, malicious and without foundation.”

He added Mbundu was acting “within his council-approved mandate to implement the informal trading bylaw” and could not be held liable for the “deeply regrettable” messages and threats sent to the Seri team.

“ActionSA does not support any person being threatened or intimidated for the exercise of their constitutionally-enshrined freedoms.”

The Socio-Economic Rights Institute of SA has temporarily shut its offices amid accusations that City of Johannesburg councillor Nkululeko Mbundu is ...
News
2 weeks ago

The state has paid just more than R70m in damages to the families of those killed in Marikana during August 2012.
News
11 months ago

The raids were conducted at the behest of the then Johannesburg mayor Herman Mashaba and then provincial police commissioner Gen Deliwe de Lange.
News
2 years ago