'I never betrayed Zuma,' says Sihle Zikalala as he quits as KZN premier

Zikalala says he was not pushed out by new ANC KZN leaders. 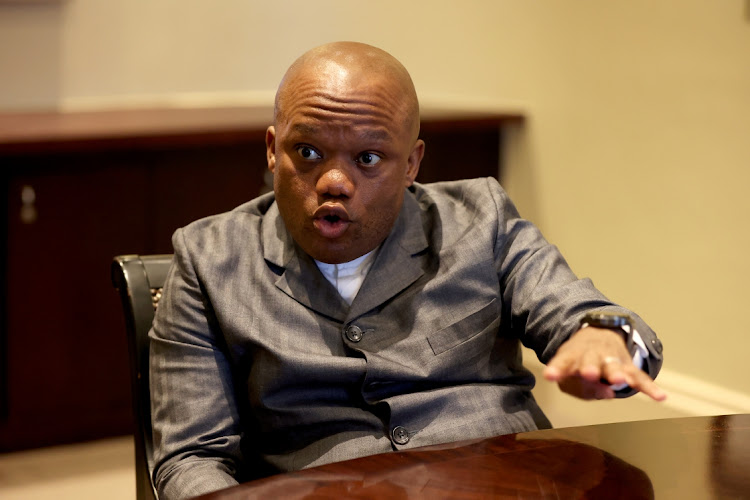 Sihle Zikala says he was not pushed out of the premier's position by the new leaders of the ANC in KwaZulu-Natal, but left because of the perception spread in the province that he had betrayed former president Jacob Zuma.

On Friday Zikalala officially announced he was stepping down as premier after the ANC in KwaZulu-Natal accepted his resignation on Thursday.

“I reiterate that I have taken the decision to resign not because I’m pushed by the new leadership but simple because of the narrative peddled against me. I wish to make it clear that I have supported President Zuma from June 14 2005 until today. I supported him as a leader and someone who sacrificed his life for SA to be liberated. My support has never been personal but always organisational,” he said.

The dominant narrative at the conference where Zikalala was removed as ANC provincial chair was that he had betrayed the former president. This was first linked to an NEC decision that barred party members from supporting Zuma at his various court appearances and the July arrest of the former president.

Outgoing KwaZulu-Natal premier Sihle Zikalala is on Friday briefing the media after his resignation.
Politics
1 week ago

Zikalala was said to be anti Zuma and pro incumbent President Cyril Ramaphosa.

However in his resignation speech, the former premier dismissed these claims.

“At no point have I ever tried to get a position through being associated with him (Zuma). Equally I have never badmouthed others because they did not support him, this deceptive narrative further accuses myself in particular by suggesting that I have aligned myself with President Ramaphosa.

“It is the tradition of the ANC that dictates that members must always accept and work with the elected leadership whether they have supported the elections of that leadership or not.

“The ANC’s principles of organisational democracy and discipline further underline that leaders must lead all members with the same and equal treatment. This is key to ensure unity and cohesion of the ANC,” Zikalala explained.

He said his unity approach was evident in that the ANC is much more united as he leaves the position of chair than it was between 2015 to 2017.

“The journey we traversed from 2018 to the ANC ninth provincial conference was not easy but it managed to reintegrate all members of the organisation into one ANC. I have no doubt that there is a solid foundation upon which the elected leadership will continue to build and cement unity of the ANC and that of society,” Zikalala added.

He said he was happy to be leaving government with no cloud over his head and hoped his successors would preserve a clean government that focused on the emancipation of the people.

The outgoing premier also suggested his resignation was to protect the ANC from any internal battles that may arise because of his presence.

The ANC in KwaZulu-Natal says Sihle Zikalala's resignation is “painful and difficult”.
Politics
1 week ago

Zikalala listed challenges that faced the provincial government and the people of KwaZulu-Natal during his tenure. Among these were:

Despite those challenges, Zikalala said his tenure had been a success on which the incoming provincial cabinet could build.

“When we started this term, only two departments had attained clean audits. Today, as we depart, the premier’s office has attained its first clean audit in history. In addition, six other departments received cleans audits.

“Notwithstanding the bureaucracy that exist within state institutions, we have laid a firm foundation to fight and eliminate corruption. We acted swiftly against reports of corruption even at the premier’s office, hence a number of suspended officials and ongoing criminal cases,” he said.

“One of the strategic tasks we set for ourselves was to ensure economic growth, distribution and creation of jobs. In this regard, we can report that we managed to stop the exodus of disinvestment and encourage expansion of existing companies. The growth in Dube Trade Port and Richards Bay Industrial Development Zone are some evidence,” he added.

Zikalala is expected to be succeeded by finance MEC Nomusa Dube Ncube.

Sihle Zikalala has requested ‘to resign as KZN premier’

KwaZulu-Natal premier Sihle Zikalala is said to have requested to be released from his position as premier of the province.
Politics
1 week ago

Former ANC KwaZulu-Natal chairperson Sihle Zikalala is out in the cold after failing to make it into the PEC elected at the conference over the ...
Politics
3 weeks ago