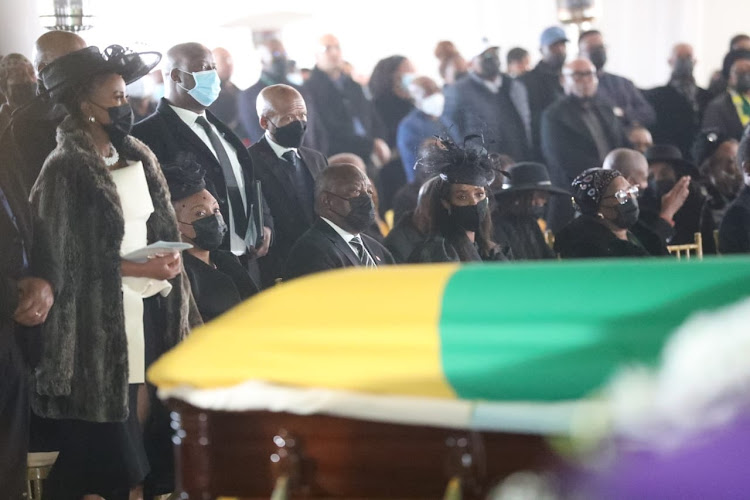 The wife of the late former Johannesburg mayor Mpho Moerane paid a moving tribute to her “hun” at his funeral service on Sunday.

Fikile Moerane, speaking through a friend, reminisced about the great times they shared and the acts of service.

He had been in the Netcare Milpark Hospital since last week where he remained unconscious until his death.

Fikile spoke about how she was moved to tears when one of their four children, Neo, in their week of mourning, came to her with a cup of coffee and said: “I hope it’s exactly how dad used to make it”. 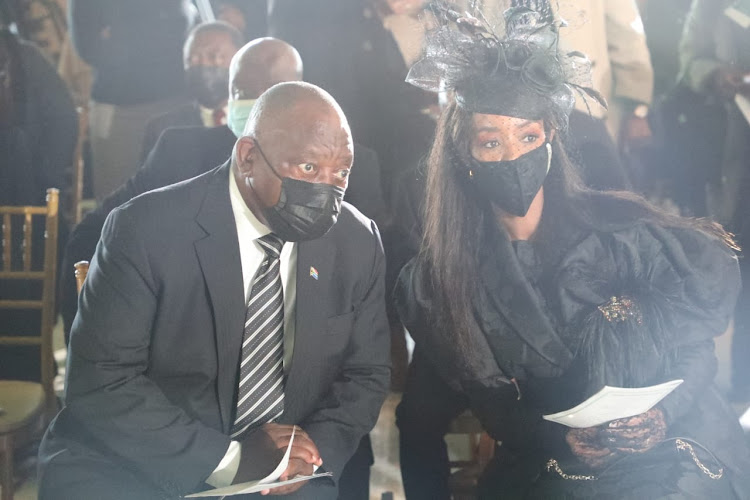 President Cyril Ramaphosa is expected to deliver the eulogy at the funeral of foremer Joburg mayor Mpho Moerane, who died of injuries sustained in a car accident.
Image: Antonio Muchave

She described Moerane as a lover who was not shy to show it.

“I believe in 'till death do us part' but I did not expect it to be so soon,” Fikile said.

“You were my rock ... our together has been so viciously stolen from us. I thank God for loving me so much and I’m eternally grateful for the time I spent with you.”

Moerane was given a civic funeral attended by President Cyril Ramaphosa, his entourage of ministers and deputy ministers as well as Gauteng premier David Makhura and City of Johannesburg mayor Mpho Phalatse.

Fikile said she knew that things in her life would never be the same again but believed the world he had left behind was a lot better than how he found it.

“My heart is sore, it’s broken into pieces but I’m proud to have been your hun,” she said.

His daughter Kutlwano said she had lost a partner in crime and a karaoke partner and that his death was the “biggest shock of my life”.

She said that even at her young age, she promises to take care of his other three children, his wife and mother.

“I promise to make you proud. Rest well Mphoza, chaile (it’s over),” she said.

Moerane was the ANC caucus leader in the City of Johannesburg municipality, a position he had held since the local government elections in 2021.

He was expected to contest the regional chair position at the ANC Johannesburg elective conference next weekend. 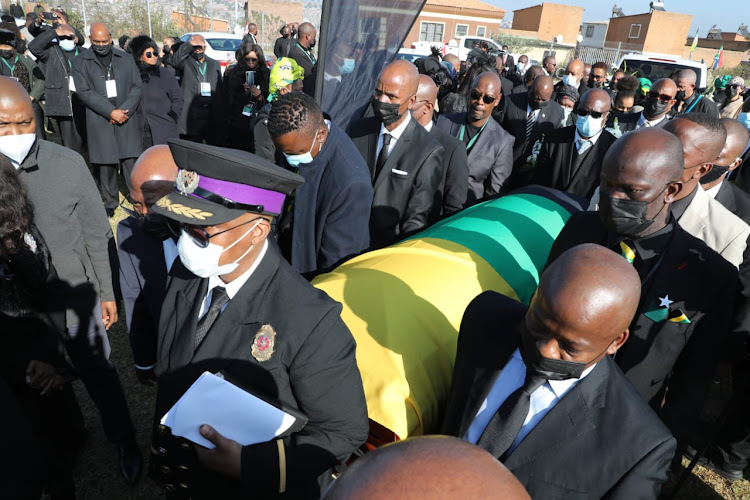 The conference was postponed last week after his car accident. It is not clear whether it will go ahead as planned next weekend.

He was the city’s mayor for a month after the death of then mayor Jolidee Matongo, who also died in a car accident in the south of Johannesburg.

Moerane is the third Johannesburg mayor to die in the past year.

ANC treasurer-general Paul Mashatile said Moerane’s death has left a gaping wound in the hearts of many people.

Mashatile was one of Moerane’s closest friends.

“Comrades, it is often said that time heals. Sadly, however, this is yet to be the case with many of us who are still coming to terms with what happened to our beloved son, husband, father, family member, fellow golfer, colleague, comrade and friend on that fateful day, about two weeks ago,” Mashatile said.

He said throughout the entire week they hoped Moerane would pull through and eventually survive the accident.

“Today, with lumps in our throats and as we try to fight back tears, we still can’t believe that we are speaking of him in the past tense. The pain is unbearable. The hurt is too deep. Comrade Mpho left us too soon. He left gaping wounds in our hearts.”

'We were praying for his recovery': Tributes pour in for former Johannesburg mayor Mpho Moerane

"I wish to convey my heartfelt condolences to his wife, Fikile, and four children, as well as his political home, the ANC."
Politics
3 months ago

We will miss Mpho Moerane’s contributions to the ANC, says Ramaphosa

President Cyril Ramaphosa said he was saddened by the death of former Johannesburg mayor Mpho Moerane who died on Wednesday evening.
News
3 months ago

The life of the former mayor of  Johannesburg, who died on Wednesday after a car accident a week ago,  was dedicated to service to the people and ...
Politics
3 months ago