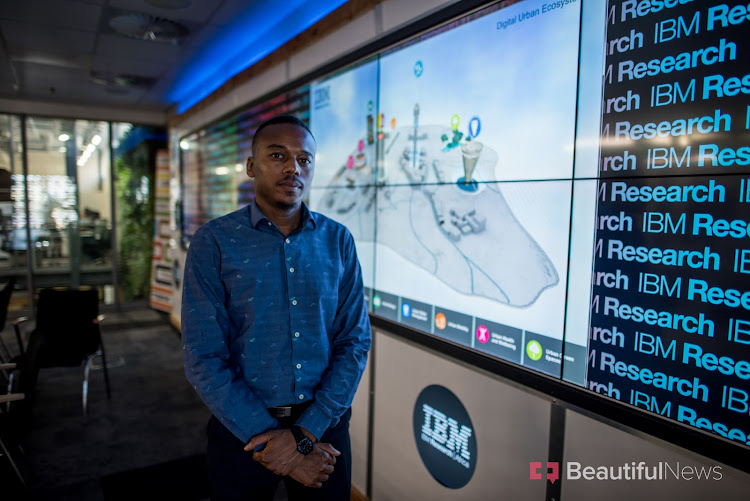 Climate change gets all the attention, but don’t forget about pollution. Air pollution is the world’s most dangerous environmental health risk. Overall, only high blood pressure, poor diet and smoking are worse for humans. But unlike those further up on the list, there’s no avoiding it: the World Health Organisation has revealed that 92 percent of the population live in areas where the air is unsafe. With over 700 000 deaths in Africa each year attributed to indoor and ambient air pollution, Tapiwa Chiwewe is leading a team of South African scientists dedicated to solving this crisis.

He says, “I’ve always been fascinated by technology”.

Zimbabwean-born Chiwewe studied at the University of Pretoria, where he earned a PhD in Computer Engineering. During his time at the academic institution he served as a junior lecturer and researcher, while simultaneously working as a software developer. He later moved on to full-time computer engineering, followed by an extended stint with South Africa’s Council for Scientific and Industrial Research (CSIR). With an abundance of experience in the technology sector, he was recruited by IBM Research in 2015, where he now heads up an air-quality forecasting project.

Sandiswa Qayi’s device, Hot Spot, which can be fitted onto any geyser and saves energy by only boiling a certain amount of water instead of all the ...
Features
4 years ago

In collaboration with the CSIR, the project is being driven by IBM’s Green Horizons division and makes use of the company’s cutting edge technology, including algorithms that enable machine learning. Currently under trial in Johannesburg, the system harnesses historical and real-time data from environmental monitoring stations to assess air pollution and quality, as well as ground-level ozone to determine which pollution prevention methods are effective. This exciting new technological leap in the field of urban conservation has the potential to influence political policies on the regulation of industrial pollution and city planning, and contribute towards the building of a more sustainable, safer South Africa.