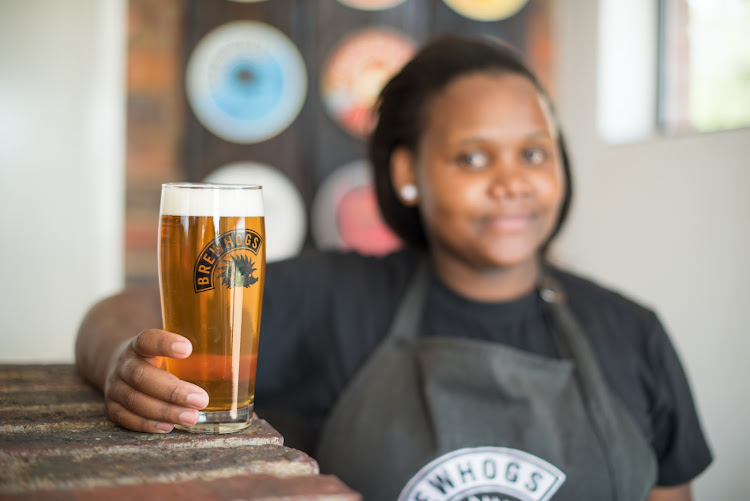 Apiwe Nxusani-Mawela first discovered that she could build a career around beer at a university open day. Growing up in Butterworth in the Eastern Cape, she picked up the skill of brewing traditional Sorghum beer, uMqombothi. Though not a frequent drinker, Nxusani-Mawela was fascinated by the science behind it.

Quick to remind doubters that women have historically been entrusted with the art of brewing, she embarked on the journey to becoming a master of the craft.

Intent on building a solid foundation, she began with a BSc at Wits, later completing her Honours in Microbiology at the University of Pretoria. Nxusani-Mawela was fixated on impressing her own ideas upon the industry, but chose first to take a job with South African Breweries to gain experience.

There she earned the title of brewer, after undergoing an 18-month apprenticeship. Eager to grow her understanding of different beer varieties, she enrolled in a new course of study offered by FoodBev, becoming the first person in South Africa to complete a Diploma in Clear Fermented Beverages.

Climate change gets all the attention, but don’t forget about pollution.
Features
4 years ago

From one pioneering venture to the next, Nxusani-Mawela initiated her solo career by launching her own business, Brewer’s Craft. Now she trains aspiring brewers and holds science exhibitions at schools to create awareness about the chemistry underpinning her industry.

Passing on her knowledge about the craft is her way of demonstrating gratitude for the empowerment afforded to her by education. Nxusani-Mawela is yet to relinquish her pursuit of personal growth, becoming the first black female shareholder in a microbrewery and the first to serve as a certified beer judge. Beer isn’t just for boys.