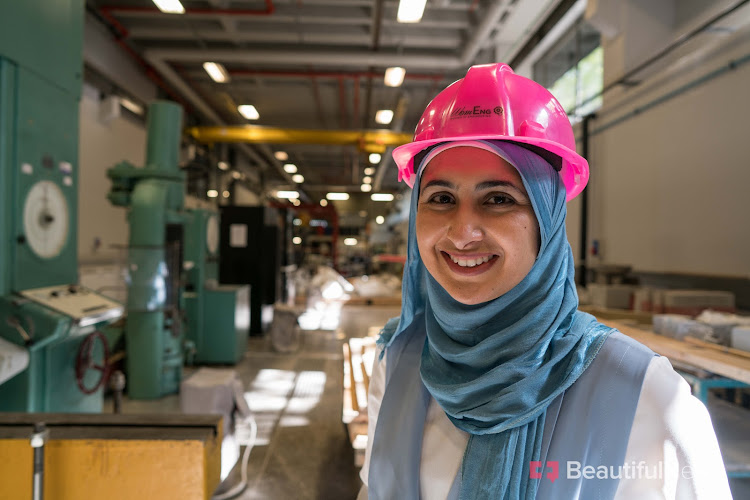 Naadiya Moosajee was frustrated. Three years into her engineering degree, she still hadn’t found a woman in her field from whom to draw inspiration and guidance. Job offers were rolling in already, but Moosajee felt most were disingenuous, seeing through firms that simply wanted to bolster their gender equality ratios.

She wanted to be hired because she was good at her job. Inspired to bring women in engineering together to build each other up, she co-founded WomEng that same year.

Climate change gets all the attention, but don’t forget about pollution.
Features
4 years ago

Garnering support from progressive founders from the engineering sector, the project is centred on educating young girls about the possibility of pursuing a career in the field, assisting those who are studying through a fellowship plan and connecting women engineers in the professional world.

Moosajee grew up to become an exceptional engineer and took her first job with one of WomEng’s investor companies. Now her aim is to show others that it’s not an out-of- reach goal, and be the role model she wishes she’d had.

One city one book programme has changed many lives

As a homeless drug addict, Philani Dladla would never have imagined being a published author one day.
Features
4 years ago

“It’s one of the best kept secrets, that engineering is really accessible,” she says. WomEng was named South Africa’s top NGO in 2013. “The thing that I’ve learnt and am trying to teach is to give yourself a break – it’s okay not to be perfect,” says Moosajee, herself a high achiever who has claimed numerous accolades such as being named as one of Forbes Magazine’s Top 20 Young Power Women in Africa in 2014.

At present, only around one in five engineers is a woman. But with Moosajee showing that there’s nothing to it and investing in the next generation of hopefuls, expect this number to rise.