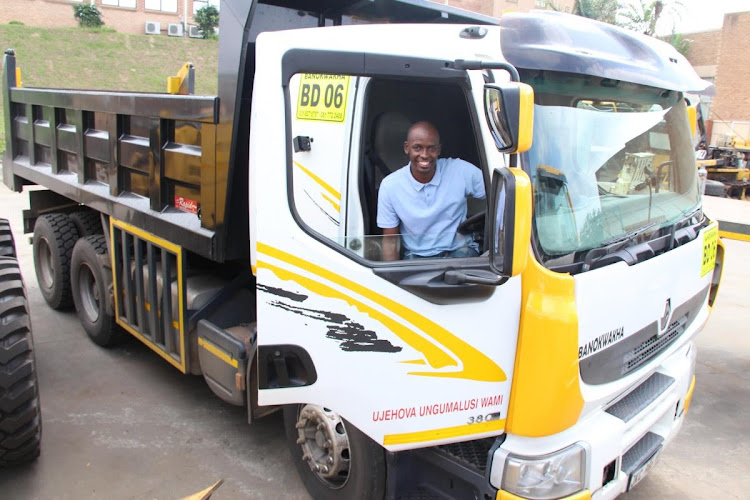 When Sandile Ntuli dropped out of university for financial reasons, he had no idea that he was about to become an entrepreneur.

At 37, he is the owner of Banokwakha Logistics, which specialises in providing logistical services to the coal mining sector in Ulundi, KwaZulu-Natal, as well as long haulage services nationally and in Africa.

When Ntuli started the business, he didn’t know anything about logistics but just a few years later, in 2017, he won the overall prize at the Business Achiever Awards hosted by Ithala Development Finance Corporation. In addition to Entrepreneur of the Year, his business was also named Logistical Services Business of the Year.

Ithala is KwaZulu-Natal’s development finance agency and the platform from which Ntuli was able to grow his business.

He said he cried when he was forced to abandon his engineering studies. “But I now realise that it was the plan of God to move me away from varsity to start this business. Banokwakha has 12 trucks that work in the coal mining sector with graders, excavators as well as water tankers. I also have 16 long haulage trucks that work nationally as well as in Mozambique, Zambia and Angola. The company has 60 permanent workers,” he said.

Ntuli said when he started the business, he was subcontracted by a white-owned company.

“I had only one truck when I got that contract and bought three more and we ended up with four trucks working in the coal mines. Just when we thought we have arrived, we lost the contract.”

Luck was on his side, however, because he soon won a new contract, which is when he approached Ithala for a loan to buy new trucks to replace the second-hand ones that he had acquired and which often had mechanical problems.

“Ithala gave me a R27 million loan and we were able to buy brand new trucks. I had to work very hard to make it work because the business is all I had. I didn’t have a degree to fall back on if I failed,” he said.

Ntuli said the logistics industry is dominated by white-owned businesses and breaking into the market was not easy.

Ithala’s primary focus is to increase the participation of black people in all sectors of the economy. Last year it was a finalist in the Vision 2030 Awards in the Industrial Action Plan Award category in recognition of its contributions to moving the nation forward.

LISTEN | How you dress, speak and introduce people can affect your business

Do you think that the way you dress, speak or introduce people can get you the business or did you just lose that contract because you’re authentic ...
Features
3 years ago

How to actively listen your way to success

Have you ever heard a prospect say “you’re not hearing me” or simply get agitated while you discuss your sales proposition to them? That is because ...
Features
3 years ago