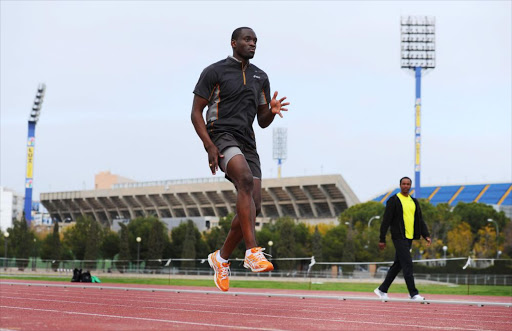 Triple Jumper Teddy Tamgho of France in action during training during an "IAAF A Day in the Life" feature on March 26, 2011 in Alicante, Spain
Image: Stu Forster

The 22-year-old Tamgho, whose personal best of 17.98 metres is the third longest jump in the event’s history, sustained the injury  on Saturday during a warm-up at the under-23 European championships  in Ostrava, Czech Republic.

Tamgho would have been among the medal contenders for the August  27-September 4 worlds in Daegu, South Korea, having set the season’s lead jump of 17.91m in Lausanne last month.

He was taking part in the junior meet in Ostrava to get in some valuable outdoor competition time before being scheduled to appear in Friday’s Diamond League meeting in Monaco and the worlds.