Buccaneer Doutie is one of Africa's best 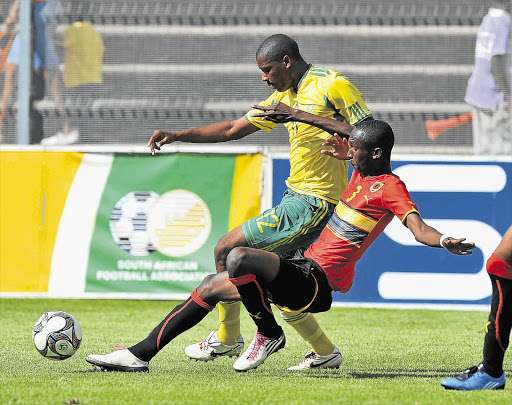 Phumelelo Bhengu of SA under-23s is tackled by Germano Diogo of Angola during the All Africa Games qualifier in February Picture: GALLO IMAGES

Sameehg Doutie, the 22-year-old Orlando Pirates midfielder, was one of the best players at the African under-23 football championship which ended in Marrakech, Morocco, on Saturday night.

Gabon were surprise winners of the event, which served as a final Olympic qualifier for Africa. They beat Morocco 2-1 in the final.

Egypt finished third after beating Senegal 2-0 in the play-off to also qualify. Senegal will now be involved in a play-off against an Asian team for a place at the London Olympics.