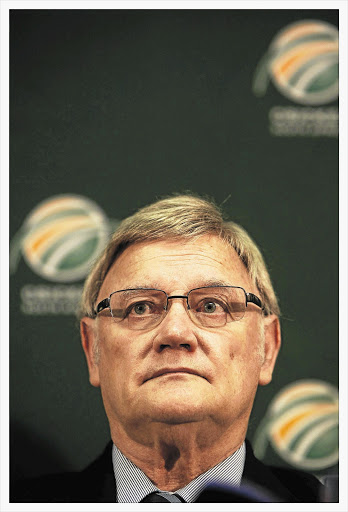 Cricket SA's acting president, Willie Basson, says 10% of the Nicholson report could cause problems for the organisation "in the real world".

Basson said Cricket SA had not adopted the Nicholson report, which investigated the organisation and made recommendations, among which was the suspension of CEO Gerald Majola.

But Cricket SA had accepted the report's recommendations and would consider how to apply them, he added.

Basson said that the path to be taken with regard to Judge Chris Nicholson's report would be known by the end of next week.

"You have to understand that the report was very well written from a legal perspective, but from an analytical aspect there are some big issues which need to be looked at," Basson said.

"We need to focus on the 10% of the issues in the report that could cause problems for Cricket SA in the real world.

"We need to look at and evaluate how to interpret and apply the recommendations.

"To say we will just implement them is irrational. Things must be done systematically and we will not do things that are not well thought out."

Basson said the report's recommendation that Cricket SA review its corporate governance would be discussed at its March 30 meeting.

He said that the implementation of a new system was "a burning issue".

"If one looks at the sacrifices and how some administrators bumble along and hardly ever suffer the consequences - it is an irritating thing to go through. We have to measure up to the standards set on the field of play," he said.

He said the board "acknowledged" the Nicholson report and would intelligently select the "important parts" to improve performance of the governing body.

Basson reiterated that it was important for the board to restore the good reputation of cricket, which had been marred by controversy over the past three years.

"Our reputation is our biggest asset and in order to address this issue we need to pinpoint where it is dented or harmed, and find reasons for the situation we find ourselves in.

"One of my important goals is to find the reasons, and implement the appropriate mechanisms to restore the dented reputation and image of cricket."

Basson said Cricket SA realised that cricket was beleaguered , but added that the strength of its regions and "the quality of its human resource base have proved over many years that the capacity to deal with problems exists".

He said: "I am confident that the board will rise to the occasion and demonstrate its inherent professionalism and all-round ability to stabilise the situation, and pilot the ship forward into calmer waters as a cohesive unit."