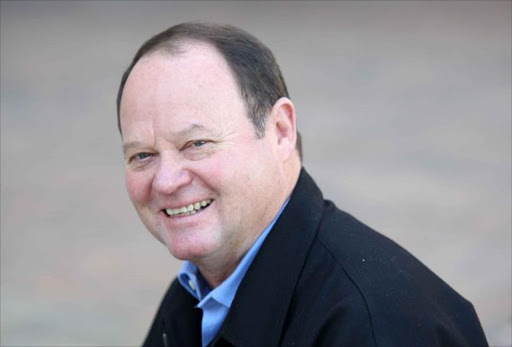 THEY'RE singing hymns and arias and Land of My Fathers in Wales again as the glow of a Six Nations grand slam casts a golden sheen over their valleys.

Events over the last few months mean the words of Welsh rugby troubadour Max Boyce are again finding favour as "boyos" from Aberavon to Llanelli and Gwent to Neath contemplate the dawning of a new gilded era.

But now, appropriately in the year of the dragon, there are signs that the current Wales side may be in the midst of a long build-up, like England in the years leading up to Rugby World Cup 2003, that could result in the golden moment of golden moments at Twickenham in 2015.

Wales' resurgence could also be a signal of greater parity between the northern and southern hemisphere for there are ominous signs too from England (who lost only to Wales in the Six Nations) and France, who have contested three of the seven World Cup finals, while only one final (SA v NZ in '95) has been an all-southern affair.

Ironically, if this is to be the case, it will be because of southern influence. Wales' transformation has been engineered by Warren Gatland, a Kiwi, who has inculcated the fundamentals of the Super Rugby school in which he cut his coaching teeth.

This can be seen in Wales' willingness to keep playing expansive rugby, even when under pressure or in danger of losing, but most of all in a key, and often unacknowledged, element that has tended to give the Sanzar triumvirate an edge over their European opponents - that of sheer size.

Like South Africa with John Smit, England with Martin Johnson and Australia with John Eales, Wales have identified and put faith in an outstanding young captain in Sam Warburton but, most of all, there has been a transfiguration in the type of player now wearing the red jersey.

Jake White is a disciple of "big, strong and fast" and this is what has made the difference to Wales, with England not far behind in adopting the same approach.

The moment of Wales' new incarnation can be traced to the 2009 British & Irish Lions tour to SA. The Springboks might have won the series (narrowly) but scrumhalf Mike Phillips and centre Jamie Roberts were at the forefront of providing the flint coach Ian McGeechan wanted.

Something happened to change the collective psyche of the Welsh and one could sense it in the way they were not intimidated by the Boks in the opening game of last year's World Cup, eventually being unlucky to go down 16-17, before fighting through to the semifinal where an instinctive tip-tackle by Warburton and subsequent red card undid their heroic efforts.

Lessons were learnt, though, - the excellent Shane Williams was the exception who proved the rule - and it is significant that in their march to the Six Nations championship Wales fielded the biggest backline in their history in which all but one of the seven were 1.82m-plus.

Flanker Dan Lydiate was player of the tournament and there was something in the fierce physicality of the Welsh that said they had gone to another level.

This belligerence was also evident in the way England played and it is clear there is a new resolve not to be bullied.

SA will not be up against Wales this year but will play England four times - three during the June tour and once at the end of year.

The other tests are Ireland and Scotland and with the All Blacks and the Wallabies also "over there", it will be interesting to see whether the balance of power is indeed shifting.