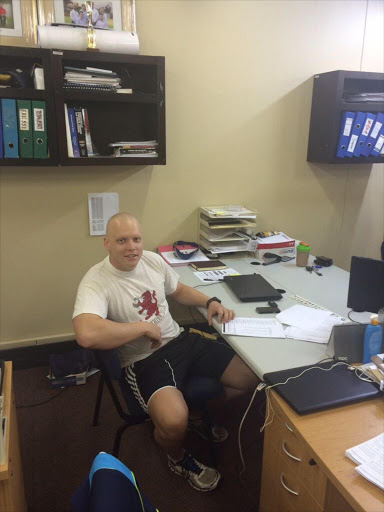 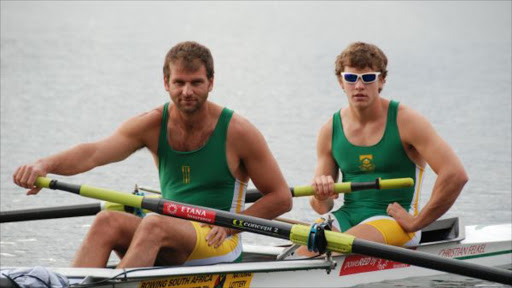 Under strict orders not to push his heart rate above 120, Brittain had a light workout on a Watt bike at the rowing team base at the high performance centre in Pretoria in the morning, and he expects to get into the boat by early next week.

The cancer arguably robbed him of a world championship medal last year, but now his goal is to get to the 2016 Olympics in Rio de Janeiro.

By the time Brittain was diagnosed in October last year with Hodgkin’s disease, lymph node cancer, it turned out he had been living with the condition for two years.

Brittain had been partners with Shaun Keeling in the men’s heavyweight coxless pair, but he was dropped into the coxed pair boat with David Hunt ahead of the 2013 world championships after his performance started tailing off.

Even so, he and Hunt finished fifth at the world championships, while Keeling and his replacement, Vincent Breet, took bronze.

“I had been training harder but I wasn’t getting good results. I would meet a lot with [national coach] Roger [Barrow] and try work out how to train better to get good results.

“I was beginning to think that there is a limit,” said Brittain, the younger brother of Matt, a member of the lightweight four that won Olympic gold in London.

Now he believes the sky’s the limit. “When you realise you’ve been training so hard so long with this cancer — it makes my mind stronger.

“Maybe there’s no limit to what I might achieve.”

The first person to consider the possibility that Brittain had cancer was his mother, Danielle, a former palliative care specialist who is also the rowing team doctor.

“She wasn’t happy with my bloods,” recalled Brittain.

“I was at the Boat Race in Port Alfred and two weeks later I was having chemo.

“Finding out [I had cancer] was probably the hardest part. It was such a shock. As an athlete you often have setbacks — injury or falling ill — but this was normal to the extreme.”

“It was much worse than I thought it would be. There’s medication to counter the nausea, but the first two weeks after every three-week cycle you’re whacked.

“It’s like having a massive hangover,” he said, explaining he also suffered from pain in the bones at one stage that prevented him from sleeping.

“After the fourth cycle I got pneumonia and I was in hospital for a few days.”

Losing his hair wasn’t a major issue, he said, but admitted he was excited to have some “fuzz” growing back.

It took a few weeks before he and his family were able to joke about the cancer.

“There was banter, and I was making my brothers do all the work because I’m sick and can’t get off the couch,” added Brittain, a second-year B.Comm student who is also finishing off a BA degree.

Since undergoing his final chemo session last Wednesday, and about to swallow the last of his medication, Brittain’s focus has switched to rowing.

The treatment had the potential to cause permanent damage to the heart and lungs, and Barrow wants him to take it easy for the moment.

Brittain, who picked up 15kg during the treatment, doesn’t mind.

“I think I have enough time to get ready for the world championships [in France in September]. The goal is really putting six months of good training in. I don’t want to overdo it.