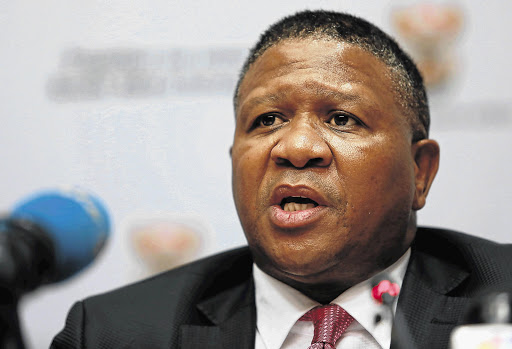 On Friday Sports Minister Fikile Mbalula reiterated that the ministry’s ban on SA Rugby from bidding for international events remained in place and would not change until a review in March 2017. And then he hinted SA Rugby were free to carry on bidding.

The sports ruling body‚ World Rugby‚ has set a deadline of September 1 this year for applications for rugby’s showpiece event seven years from now. It’s clear without government support the bid will never see the light of day.

SA Rugby needs national government to underwrite the costs‚ not least of which is World Rugby’s guaranteed ‘fee’ of £100m (R2.1bn)‚ which could grow.

Times Media understands that SA Rugby has continued to lobby Mbalula in private to change his stance and that the organisation has carried on putting its bid book together in hope that sense will prevail.

In April Mbalula revoked the privilege of “hosting and bidding for major and mega international tournaments in South Africa” as a “consequence of not meeting their own set transformation targets‚” on four sports federations‚ including rugby.

The charm offensive continued on Friday when Mbalula was asked to visit the Springboks team to play against Ireland in Saturday’s first Test at Newlands.

Ironically‚ Ireland are one of the country’s who have handed in an ‘expression of interest’ document to host RWC 2023.

“Rescinding the ban will be determined in the coming year in terms of how far they (SA Rugby) have gone in terms of targets‚” Mbalula said.

“If SA Rugby has done well‚ then of course we will look to review the ban and the decisions that we have taken‚ but for now they stand.

“We have said that we will impose it for the year under review and that is what we’ll do. Next year we will pronounce whether we rescind or intensify.”

By then it will be too late for submission unless World Rugby moves its goalposts – a highly unlikely scenario.

Mbalula then confusingly suggested that SA Rugby could continue with its bid once the review process was done.

“I’m more than convinced that with regard to the targets for the first year‚ SA Rugby will be able to overcome and (after) the period under review will be in a position to meet those targets and be able to continue the bid‚” Mbalula said. “I’m quite excited about that.”

It suggests that he’s either unaware of World Rugby’s deadlines‚ or he knows more than he is letting on. - TMG Digital