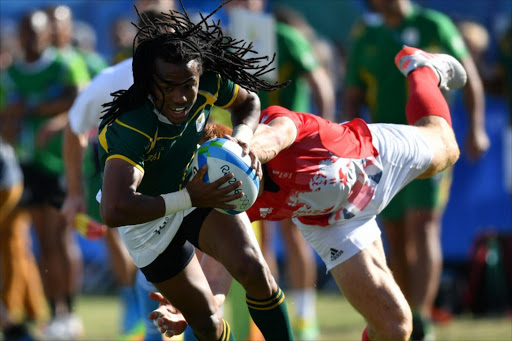 South Africa's quest for a gold medal in the Olympic Rugby Sevens ended in a 7-5 loss to Great Britain in Rio on Thursday.

The men in green and gold will rue their failure to capitalise on a series of chances, as they fell just short in a game that featured just two tries.

Team GB struck back in the second half though, via a try from Dan Norton.

Crucially, British skipper Tom Mitchell added the conversion to give Great Britain the lead at 7-5.

The absence of injured star speedster Seabelo Senatla was telling, as the Boks were unable to land the final blow, despite plying massive pressure in the closing stages.

South Africa will meet Japan in the bronze medal match, while Great Britain will face Fiji in the final.