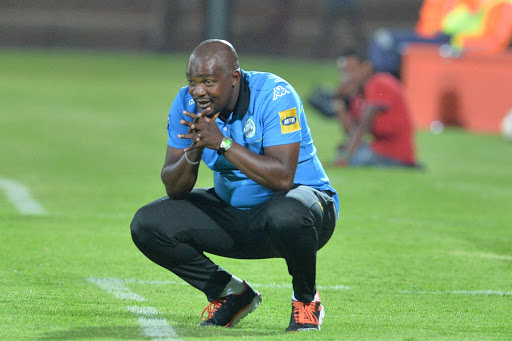 If Bloemfontein Celtic can play like they did in the 2-1 loss to Orlando Pirates in their remaining six games‚ then the club will avoid relegation Lehlohonolo Seema argues.

The 36-year-old coach has been forced to be a calming figure in what has been a turbulent past couple of years for Phunya Sele Sele‚ from the club boss Max Tshabalala threatening to sell Phunya Sele Sele to the numerous coaching changes.

The latest blow was coach Luc Eymael being ordered to return to Polokwane City before he had even sat on the Celtic bench after his abrupt resignation from Rise and Shine.

Seema has steered the ship in those difficult times.

But the fight to avoid relegation will be his and the club’s biggest test.

Celtic are just three points ahead of Baroka FC with six games remaining.

“We know the situation that we’re in‚” Seema said.

“But if this is the type of football‚ determination and spirit that we can put in our remaining games than the future looks good.

"We will not only avoid relegation but we will finish in a comfortable position. There is nothing that can disturb our focus. We are playing a “cup final” on Tuesday against Highlands Park.

"We know that if we bring this type of performance‚ we will be victorious. We matched a team of Pirates’ quality pound-for-pound. This can only help us be better going forward.”

Seema refused to see being knocked out of the Nedbank Cup as a blessing in disguise‚ giving the club more time to concentrate on their battle for survival.

“We feel very bad that we were knocked out of this competition‚” Seema said.

“We wanted to go as far as possible. We aren’t going to say that it was a blessing in disguise. There was no pressure in terms of playing too many games.

"There are teams who are playing in the CAF Champions League and Confederation Cup and they can manage this schedule.

"We wanted to continue to play so that we can build a winning mentality. The performance was good but without the result it means nothing. We have to lift the players and go into the next match.”