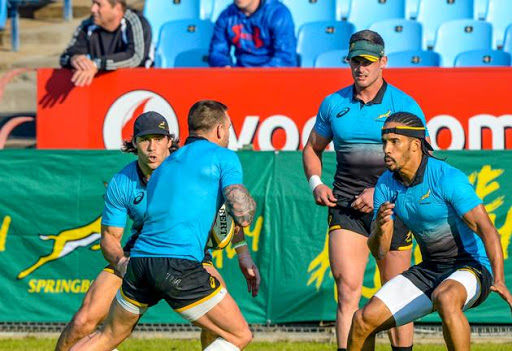 The nation's sports lovers face a nail-biting weekend as Bafana Bafana‚ the Springboks and the Proteas all have potentially explosive matches that should banish the expected cold temperatures.

Bafana take on Nigeria in a tricky 2019 Africa Cup of Nations qualifier in Uyo on Saturday with coach Stuart Baxter and his men in search of a good start to their qualification campaign.

Baxter and his charges prepared in Johannesburg this week ahead of their trip to Nigeria and they will have a few more sessions in Uyo on Thursday and Friday ahead of the showdown against the old enemy.

The Springboks are up against the dangerous France in the first of three Test matches at Loftus in Pretoria on the same day and coach Allister Coetzee‚ who has been under the cosh in the last few months‚ will be desperate for a morale-boosting win.

The Boks arrived in the capital on Sunday following a week-long training camp in Plettenberg Bay which the senior players hailed as a success.

Coetzee will announce the team to face the French on Thursday afternoon and it is expected to be dominated by local-based players.

On Sunday‚ the Proteas find themselves in the unenviable position of having to beat favourites India in their last group match of the Champions Trophy at the Oval in London to have any chance of progressing to the semi-finals.

South Africa were beaten by 19 runs via the Duckworth-Lewis method at Edgbaston in Birmingham on Wednesday night to leave their chances of progressing to the next round precariously close to the abyss.

The South Africans find themselves in a tough spot as not only do they have to beat the Indians‚ they have to do so handsomely to have a better net run rate that could come into the play because of the result of the match between Sri Lanka and Pakistan in Cardiff on Sunday.