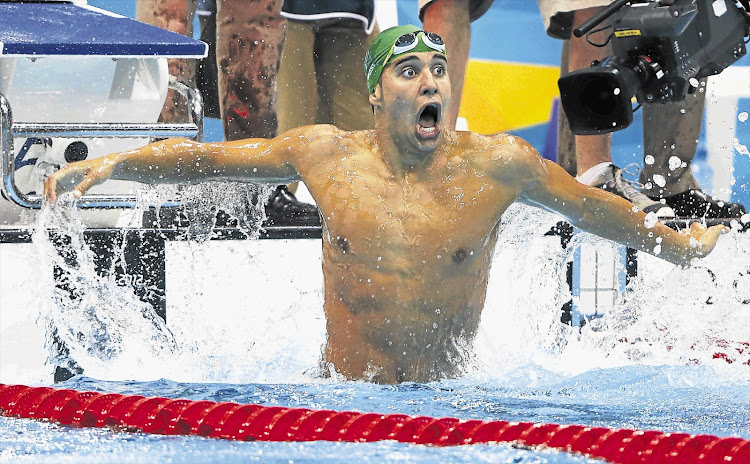 Le Clos was forced to compete in the Mare Nostrum series event in Canet-en-Roussillon‚ France‚ on Sunday in borrowed kit‚ after Turkish Airlines lost his luggage.

The airline’s “help desk” responded within half an hour‚ saying they were “deeply sorry” to hear that‚ and asking him to furnish them with his lost luggage reference number.

But his mother Geraldine confirmed to The Times on Monday afternoon that Le Clos‚ who has since flown with his coach to Rome to compete in the Sette Colli (Seven Hills) meet on Friday‚ still hasn't been reunited with his bag.

“He had to borrow kit to compete in his freestyle and fly events in France‚ which is not ideal because his racing costumes are highly specialised‚” she said.

Le Clos flew from Istanbul to Barcelona on a Turkish Airways flight on Thursday‚ arriving to find that his checked-in luggage had not.

“I inboxed the airline our email address and they emailed me‚ asking for the luggage reference details‚ which I sent them‚ but I’ve heard nothing since‚” Geraldine le Clos said.

The swimmer’s father‚ Bert‚ said Chad hadn’t attended a function in Canet-en-Roussillon on Sunday night because he didn’t have any suitable clothes to wear.

The Times emailed Turkish Airlines’ Istanbul-based “press room” about Le Clos’ missing luggage on Monday. In a follow-up phone call‚ a consultant acknowledged the query‚ and said they would respond in due course.

Le Clos is due to arrive home next Tuesday‚ on a Turkish Airways flight.