Obituary: Boxing referee Len Hunt was a visionary of a non-racial sports ethos 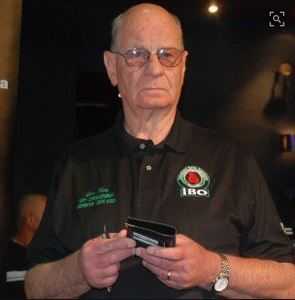 Len Hunt‚ doyen of South African boxing officials‚ who died on Sunday‚ was a globally recognised ring official‚ a great raconteur and a great patriot.

Since Sunday when it was announced that 79-year-old Hunt had died‚ tributes have poured in‚ extolling his virtues and embellishing his role as a renowned ring official.

We have deliberately chosen to write about the man rather than his mastery of refereeing and judging professional boxing contests across the face of the globe.

“My first acquaintance with Len was at Khaya Ngqula’s residence in Randburg many moons ago. Len regaled me with stories of how he and (late) trainer Theo Mthembu used to smuggle black boxers in the then whites-only boxing gymnasiums in downtown Johannesburg.

“In those days‚ Khaya’s house was a rendezvous for the fledgling National Sports Council aligned SANBCC. Len was at the heartbeat of the formation of the SANBCC. He joined it out of conviction and not out of frustration.

“Clearly‚ he could not reconcile his conscience with the fiasco of the Arthur Mayisela versus Harold Volbrecht fight‚ which ended in a rather unheard of technical draw in 1986. Len threw in the towel and resurfaced in the SANBCC as an executive member.”

Radu added: “Len toiled hard in the fledgling organisation. In the stultifying cauldron that was the SANBCC‚ he was challenged and tested by enthusiastic and aggressive young braves of the Xoli Gumede ilk; suave and sophisticated Simphiwe Dunjana‚ Bongani Magasela‚ Andile Sidinile‚ Mabhuti Gwavu‚ and a host of others.

“Len was comforted and well-received by the company of veteran campaigners‚ Zeke Mtshali and that urbane communist – Obed Molekwa. How can I forget‚ the late and lamented Abu Bakar Mtoba?

“In the machinery of the SANBCC‚ Len was a strategist‚ lobbyist and logistics specialist. He accomplished all his tasks with aplomb – no wonder he was so well respected by the entire sports movement of the country.

“He was a perfect foil for the combustible character of our chairperson‚ the formidable Solly Selebi and that indefatigable workhorse Khaya Ngqula‚ the secretary general.

“By the year 1990‚ the socio-economic fabric of South Africa had undergone an irreversible metamorphosis. The fledgling SANBCC had made several inroads into establishment sport.

“Established promoters like Rodney Berman and Mike Segal supported the wholesome political changes that were taking place in the country. Consequently‚ they supported our cause and our vision of a non-racial sports ethos. By and large‚ the strategic vision of the SANBCC (as propagated by Len in many SANBCC strategic sessions) was never to settle any differences with establishment sport.”

The mission and the agenda of the times were to transform from within. The deployment of the talismanic Ngatane in the boxing board of the day was in pursuance of that strategy. This was coupled with the non-negotiable redeployment of Hunt to the ring official’s fold.

Pressure was brought to bear on Doctor Mike Mortimer – that is why Hunt was reinstated within three days. In 1992‚ Hunt was part of a SANBCC leadership core which was invited to a historic WBC convention in Cancun‚ Mexico.

It was at this convention that Hunt established his credentials firmly as an internationalist in boxing matters. The late and respected past president of the august WBC‚ Jose Sulaiman was impressed by his affable yet firm and strong resolve on matters of principle.

Shortly‚ after this‚ the WBC sent a fact-finding mission to South Africa. As head of the logistics team within the SANBCC‚ Hunt was put in charge of the visiting group and led them on a tour of the country’s township gymnasiums.

Largely due to this visit‚ the WBC donated handsomely towards revamping and face-lifting of two gymnasiums in Soweto and Mdantsane. Impressed by the SANBCC’S impeccable work‚ with Hunt as a bridgehead of the organisation the WBC‚ for the first time in its proud history‚ held its annual convention in Johannesburg in 1998.

Needless to say‚ Hunt was responsible for the logistics of this historic convention. His undying love for his life-long partner‚ Wendy is the stuff dreams are made of.

Wendy Hunt has been part and parcel of the odyssey that has been Len Hunt’s life. She was a wife‚ a dear friend and a trusted comrade. Wendy allowed Hunt (in all his splendour) to roam and vagabond with natives in far-flung places like Duncan Village‚ Soweto‚ Mdantsane and Uitenhage.

Indeed‚ you were a remarkable man; you were very much an integral man. Fare ye well Hunt.

Hunt – who was born on April 10 1938 at the Johannesburg Central fire station where his father was a senior fireman - is survived his wife (Wendy)‚ a son‚ daughter and five grand children.