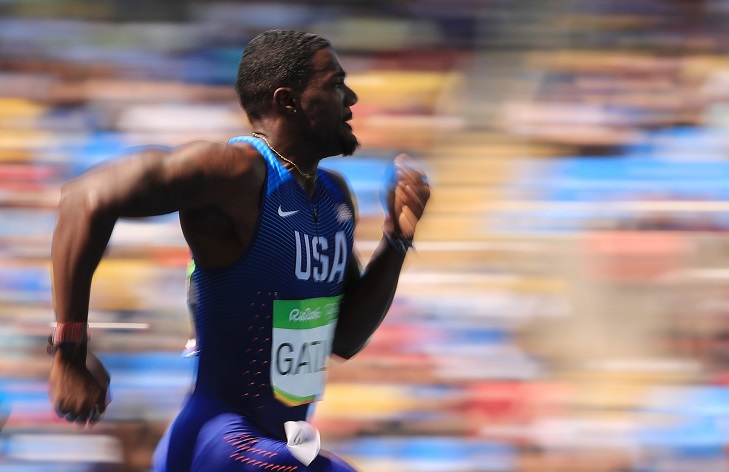 But Justin Gatlin outgunned Akani “AK” Simbine to win the 100m and avenge his defeat in the Doha Diamond League in May.

The American veteran crossed the line in 9.89sec‚ pipping by one-hundredth of a second the South African‚ who set his 9.89 national record on the same track in Szekesfehervar‚ about an hour south-west of Budapest.

This was the first time Simbine went sub-10 since Doha‚ ironically clocking the identical time he did then.

Henricho Bruintjies was fourth in the 100m in 10.11 to claim the scalp of Ivory Coast’s African champion Ben Youssef Meite‚ fifth in 10.14.

With nearly a month to go to the world championships in London‚ Simbine still has time to fine-tune his racing and find that extra gear to display his top-end speed.

Samaai‚ the 2014 Commonwealth Games bronze medallist who finished ninth at the Rio Games‚ produced a consistent set of jumps‚ going 8.26 three times‚ with one 8.21 and a single no-jump.

His 8.34m‚ which came on his final sixth attempt‚ would have won Olympic bronze.

American Henderson cleared 8m only once‚ on his last jump‚ going 8.18.