Cyclists to pedal for protection from killer motorists 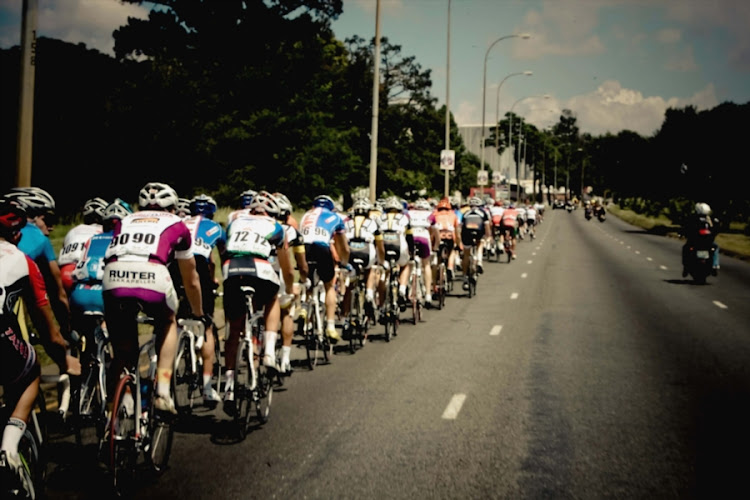 A file photo of cyclists riding through Johannesburg during stage 2 of the Cell C tour of South Africa from Montecasino to Montecasino on February 20, 2011 in Gauteng, South Africa.
Image: Chris Dutton / Gallo Images

Gauteng cyclists are planning a 28km memorial ride from Bryanston to Sandton on Saturday to lobby for a law to enforce a minimum passing distance on the road. This comes as a cyclist and two road runners lost their lives in hit-and-run accidents.

Pedalling in memory of Greg Anderson‚ who died in a Hazyview at the weekend‚ the riders also plan to voice their discontent with a perceived lack of prosecution of motorists who crash into cyclists.

Anderson‚ 57‚ a Fourways cycle club member‚ was doing a training ride on Sunday morning near the Kruger National Park where he was on holiday‚ when he was hit by a car. Many people paid tribute to Anderson on Twitter and Facebook with the word “gentleman” frequently used to describe him.

A 28-year-old man is facing charges of culpable homicide and drunk driving in connection with the collision‚ Mpumalanga police said.

Calls for improved road safety have also been growing as a result of runners dying in accidents.

Leon Baker was killed in a hit and run accident on July 4. He was struck by a taxi during his morning run. Top South African ultra marathon runner Caroline Wostmann paid tribute to him on her blog‚ saying “He was a caring‚ honest and giving man who loved his family and his friends.

He would always go out of his way to assist those dear to him even at his own self sacrifice – such was his selfless nature.”

On Saturday June 10‚ veteran blind Comrades Marathon runner Richard Monisi died in a hit-and-run accident in Johannesburg. Nearly R52‚000 has been raised to support his wife‚ who is also blind‚ and his three sons on the crowdfunding site BackaBuddy.

The post states: “He lived 'hand to mouth' supporting his family on a disability grant‚ despite being an inspiration to all that heard his story.”

Saturday's memorial ride is being organised by the Pedal Power Association in conjunction with Cycle Lab Fourways.

Robert Vogel‚ Pedal Power Association CEO‚ said in a statement the organisation "has invested millions in our safe cycling 'Stay Wider of the Rider' campaign in order to try and secure safer roads and better conditions for cyclists throughout South Africa."

“The bicycle is a legal form of transport. For many people the bicycle is their only affordable means of transport‚ while for others the bicycle provides a way to keep fit and healthy. We advocate tolerance and respect between all road users. Motorists are sheltered within their cars‚ but cyclists have no similar protection and are infinitely more vulnerable. We’d like to see that all cyclists - from sports cyclists to utility cyclists and kids riding to school - can safely use our roads‚” Vogel said.

The memorial ride will start at 7.45am from the PWC Bike Park‚ in Bryanston.