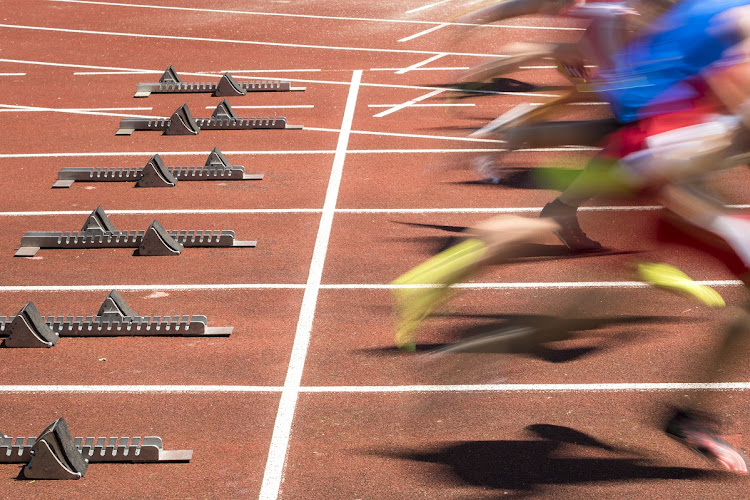 Usain Bolt and Justin Gatlin head into the world championships in London this week sharing identical 100m season’s bests of 9.95sec with one other athlete.

Can you name him?

Well done if you were thinking South African‚ but it’s neither of the usual suspects‚ Akani Simbine or Wayde van Niekerk (who are actually ranked higher).

No‚ the third local speedster in the mix is Tuks student Thando Roto‚ who is looking to pull off a surprise or two in this event.

Roto‚ who flies out with the SA-based members of the team on Monday evening‚ is scheduled to line up in the 100m heats in the opening session of the showpiece on Friday night (9.20pm SA time).

And he’s planning to stick around for the semifinals and final‚ both scheduled for Saturday.

When Simbine flew into the top eight of the 100m at the Rio Games last year‚ he became the first South African to grace an Olympic final in 84 years.

No South African has reached the 100m final at a world championships to date; imagine two of them settling into the blocks at 10.45pm on Saturday.

Simbine and Roto. Van Niekerk isn’t in this battle‚ instead on his 400m-200m double.

Roto set his 9.95 personal best at the Gauteng North championships in March‚ finishing second behind Simbine‚ who went 9.92.

Roto‚ who lost the better part of 2015 and 2013 to hamstring injuries‚ has been in the wings since the early days of SA’s sprint revolution‚ finishing sixth in the 2014 national championships when Simon Magakwe went 9.98 to become the first local flyer to break 10.

Now he is the third-fastest of all time.

Roto originally hails from the Eastern Cape‚ having grown up in Dimbaza township near King William’s Town‚ not far from Phakamisa township‚ the home of Anaso Jobodwana‚ the 200m bronze medallist at the 2015 world championships.

Roto started out playing soccer‚ rugby and cricket on the streets with the neighbourhood kids‚ sometimes with mouthwatering stakes.

“We made small bets‚” Roto said.

It was only in high school in Limpopo‚ after his mother had relocated to Pretoria‚ that he discovered his talent for speed.

Off his own bat he applied to get into the Tuks high school and won a spot. The rest is history.

So how does he feel about facing legends like Bolt and Gatlin as well as the younger guns like Andre De Grasse and Yohan Blake.

“Racing those guys doesn’t worry me. I’ve raced Akani and Wayde and they’re up there with them.”