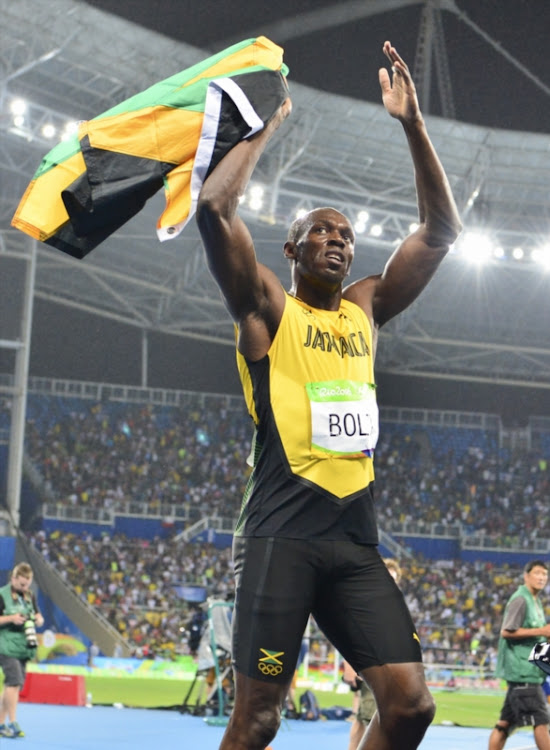 There’s no doubt who Usain Bolt will cheer for if the battle for the world 200m crown he’s relinquished comes down to a shoot-out between Wayde van Niekerk and Canadian star Andre De Grasse.

Speaking at a press conference in London organised by his sponsor‚ Puma‚ the Jamaican spoke warmly about Van Niekerk‚ but was elusive over De Grasse‚ whose representatives recently accused the Jamaican of running scared.

Asked who might replace him as the headline act of world athletics‚ Bolt‚ gearing up for his final world championships before retiring‚ replied: “I think Wayde is doing a pretty good job.

“He’s now going to run the 200m so for me that’s going to be exciting.

"I think he wants to be a sprinter really bad so I think he’s one of the persons to watch out for.

Usain Bolt’s rivals will, for once, be glad to see the back of a man who has dominated global sprinting for the last decade but the sport of ...
Sport
4 years ago

“I think he’s going to be a really good athlete and I’m pretty cool with him and he’s a really nice guy and he’s really chilled.

"He just has a really enclosed personality.”

Bolt had been less generous when asked earlier which of the British sprinters he felt might fill his shoes.

“I’m not going down that road.

Bolt didn’t name the athlete who disrespected him‚ but suspicion seemed to fall on De Grasse‚ who twice shared the Rio Games podiums with Bolt last year as the Olympic 100m bronze and 200m silver medallist.

In the build-up to the Monaco Diamond League meet last month‚ De Grasse’s agent accused Bolt of being protected by having the Canadian thrown out the 100m.

De Grasse‚ competing in the 4x100m relay there‚ denied he had been scheduled to run in the individual event.

And how does Bolt describe his relationship with De Grasse?

“I don’t know how to describe that‚ I don’t have his number or anything.”

De Grasse is likely to be one Van Niekerk’s toughest rivals in the 200m final on Thursday next week‚ along with Bolt’s countryman‚ Yohan Blake.

Asked to elaborate on his comment about the athlete disrepecting him‚ Bolt seemed to backtrack somewhat.

“I’ve said a lot about a lot of athletes‚ a lot of up-and-coming athletes‚ I mean I didn’t single out any one person so‚ yeah‚” he said with a chuckle.

The sponsor organised a video of sports stars and celebrities wishing Bolt well for the future‚ and the sprint legend laughed when actor Samuel L Jackson called him a motherf..ker.

Bolt is retiring after the championships where he will compete in only the 100m and 4x100m relay in London.