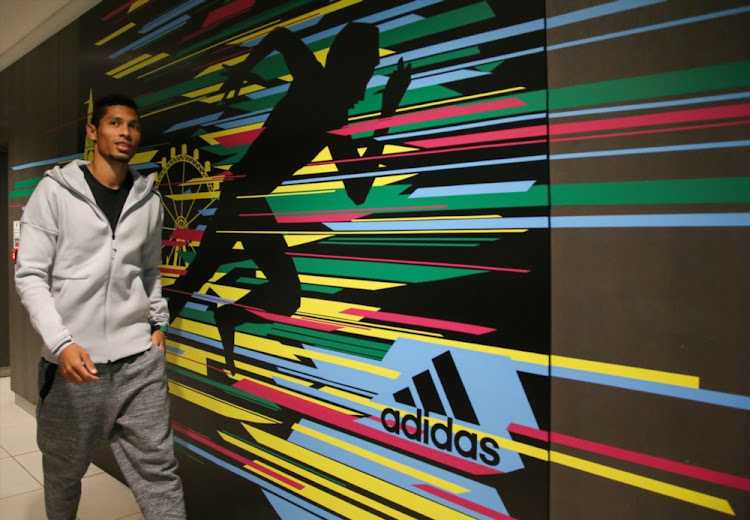 These are the days of Wayde van Niekerk.

There are exactly six of them‚ and they're all in a row‚ and they begin on Saturday at the world championships.

The London stadium at Queen Elizabeth Olympic Park could resemble a mini slot machine for South Africa today with the promise of medals in the men’s 100m and long-jump.

But if things go according to plan‚ these championships will be about Van Niekerk‚ who faces a gruelling schedule as he strives for greatness.

The Olympic 400m champion and world record-holder is bidding to become the second man after American legend Michael Johnson to win the 400m-200m double at a single championships.

Since Johnson achieved his in 1995‚ not a single athlete has come close to that‚ with no 400m medallist making a 200m podium.

Golden weekend ahead for SA sport

As our top athletes go for glory in London, the Lions will vie for their first Super Rugby crown
Sport
4 years ago

Enter Van Niekerk‚ whose early career was hampered by hamstring trouble‚ and coach Tannie Ans Botha had to manage him carefully to keep him injury free long enough to build up his strength and speed.

Even when he won the 400m world title in Beijing two years ago‚ he collapsed on the track afterwards and was taken to hospital as a precaution.

After winning the Olympic crown in his 43.03 world record last year he didn’t race again that season‚ Van Niekerk’s minders saving him for the demands of 2017‚ the likes of which he has never experienced.

On Saturday Van Niekerk starts the defence of his world crown in the 400m heats (11.45am SA time).

The coming six days offer Van Niekerk pain and struggle‚ but the reward at the end is massive.

He is one of three South Africans attempting doubles‚ but Van Niekerk’s is the one that has captured the world’s attention.

Not many athletes would tell Wayde van Niekerk he is a no-hoper in a sprint race.
Sport
4 years ago

Caster Semenya is going for the 800m and the 1500m‚ where she competes in the semifinals on Saturday.

Critics think the longer race is beyond her ability‚ but even if she does it‚ this double was achieved more recently than Johnson’s‚ by Kelly Holmes at the 2004 Athens Olympics.

Akani Simbine has the ability to reach the podium in the 100m and 200m‚ although nobody is tipping him for gold in either event; the world seems to want Usain Bolt to bow out with his fourth 100m world championship title.

And who‚ apart from maybe Johnson himself‚ doesn’t want to see Van Niekerk take the golden double?

It’s not a stretch to imagine Simbine and Van Niekerk sharing the 200m podium‚ but they might not be the first South Africans to bag medals in the same event — not if SA’s long-jumpers fire tonight.

You can bet on South Africa claiming their biggest championship haul to date‚ surpassing the four medals‚ two of them gold‚ at Paris 2003.

But when all is said and done‚ a triumphant Van Niekerk will dominate the headlines.

WATCH: Wayde van Niekerk ready for challenge of being the next Bolt

Wayde van Niekerk, the athlete identified by Usain Bolt as the next trailblazer for global athletics, was adamant on Wednesday that he was not afraid ...
Sport
4 years ago

The 2017 London World Championships: All the numbers you need to know

A quick guide to the world championships which begin in London on Friday.
Sport
4 years ago

American 400m veteran LaShawn Merritt says he’s unfazed about going up against a rival as dominant as Wayde van Niekerk at the world championships in ...
Sport
4 years ago