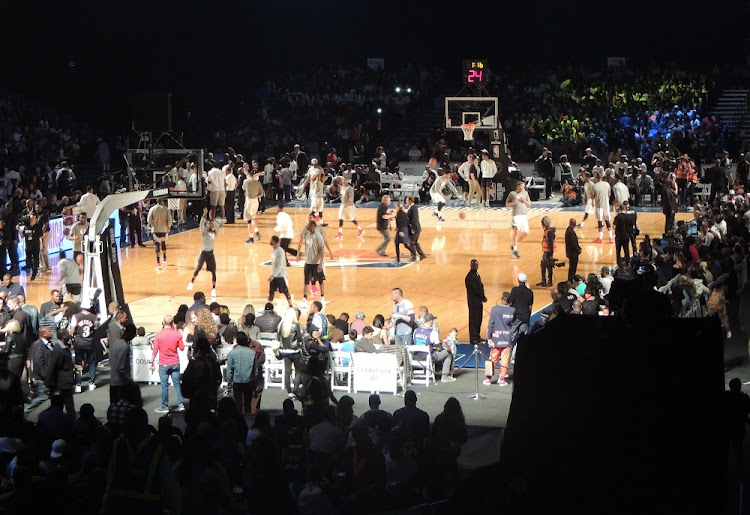 It was Team Africa vs the world as the NBA came to the Coca Cola Dome on 5 August 2017.
Image: Lebohang Nthongoa

Fans were treated to a real NBA 2017 experience as they witnessed their favourite world-class basketball superstars compete.

Team World did not waste any opportunity to rubber stamp their authority as the kings of the court earned a hardfought 24-15 lead in the first quarter.

It was obvious that this would be a nailbiting clash in front of the full house crowd in an exciting atmosphere.

In the third and fourth quarter‚ Team World once again dominated the show after denying Team Africa numerous chances to take the lead.

The evening was made special by the appearance of a number of this continent’s NBA superstars back on the African soil‚ especially Team Africa’s Swiss Utah Jazz star Thabo Sefolosha‚ who has a South African father‚ and who was in sparkling form.