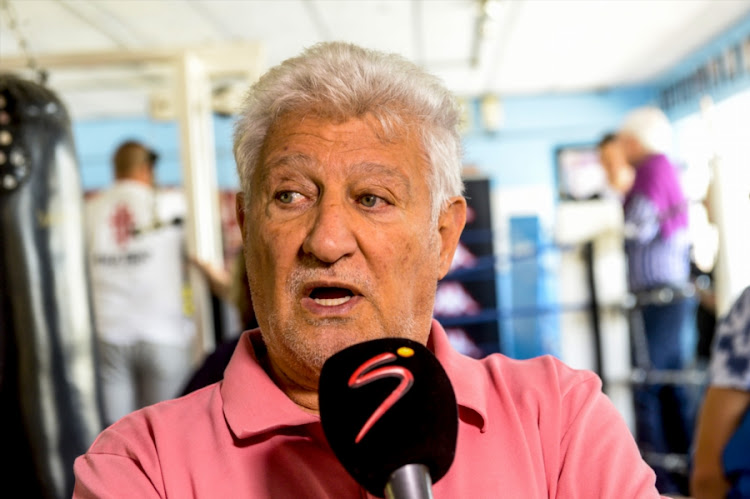 Rodney Berman would rather watch paint dry than wake up in the early hours of the morning to watch the Floyd ‘‘Money” Mayweather vs Conor ‘‘The Notorious” McGregor circus at the end of the month.

The hype machine of the boxing match between the American superstar and the Irish MMA star has gone screaming into the stratosphere but Berman says he has so little interest in the August 27 fight that it's barely registered a flicker on his radar.

The revered promoter says it is inconceivable that the authorities have given their blessing to a fight between a boxer and a mixed martial artist.

‘‘I know that all will watch… . I certainly won't‚” he said‚ without mincing his words.

‘‘It brings both codes (boxing and mixed martial arts) into disrepute.

Several world titles will be on the line when Namibian Julius "Blue Machine" Indongo faces American world champion Terrence Crawford in a unification ...
Sport
5 years ago

‘‘I can't believe this was sanctioned.

‘‘A guy who's never laced on a glove against one of the all-time greats.

‘‘It's a sad indictment on all involved.”

Mayweather — who is widely regarded as one of the greatest boxers of all time — is undefeated in his professional career with 49-0.

The 40-year-old boxer — who has 26 knockouts — is a five-division world champion‚ having won 15 world titles and the lineal championship in four weight classes.

The Irishman will make his boxing debut against Mayweather and their fight will be fought strictly under boxing rules.

The on and off South African junior middleweight championship boxing match between super talented reigning holder Nkululeko "Bulldog" Mhlongo and his ...
Sport
5 years ago

Berman‚ who has staged super tournaments inside and outside the country‚ is not impressed and has labelled the gimmick as the height of greed.

But that hasn't dissuaded other boxing personalities from queuing up to get a piece of the "Billion Dollar" contest and WBC president Mauricio Sulaiman is one of them.

Sulaiman was recently quoted as saying WBC officials are thinking about offering a commemorative belt and could even put the WBC Diamond strap on the line for the fight.

This will not have gone very well with a boxing purist like Berman‚ who will celebrate 40 years in boxing on August 29.

The South African promoter said he preferred to talk about WBC‚ WBA Super‚ IBF and IBO middleweight champion Gennady ‘‘GGG” Golovkin Golovkin than dwell too much on the Mayweather vs McGregor circus .

He will defend his belts against Mexican Saul Canelo Alvarez in Las Vegas on September 16.

‘‘I love Golovkin but I've seen things in the last few fights that indicate age is catching up with him‚” a candid Berman said.

‘‘The speed is not there. For the first time he is coming up against someone a bit special.

‘‘It is a great fight and I think Canelo could win.

‘‘That is a judgement call not from the heart.”

Berman is a former attorney whose first tournament was in 1977 when Charlie ‘‘Silver Assassin” Weir knocked Bushy Bester at Wembley Arena on August 29.

Looking back at his many highlights over the years‚ Berman said he could not believe it when he saw people queuing up to buy tickets to his maiden Weir vs Bester fight.

‘‘I could not believe it‚” said Berman.

‘‘I knew nothing‚ I saw people coming over the hill to buy tickets.

‘‘Another absolute highlight was Welcome Ncitha beating Fabrice Benichou for the IBF junior featherweight title in Israel in 1990.

‘‘Golden Gloves has its first world champion after 12 years. Welcome was a real credit to the fight game‚” said Berman about the Mdantsane boxing icon who lost that title to American star Kennedy McKinney in 1994.

Berman said his third highlight was when Golden Gloves staged the ‘‘Thunder in Africa” world heavyweight championship in Brakpan where Hasim Rahman dethroned Lennox Lewis as the WBC‚ IBF and IBO champion with a fifth round knockout.

‘‘The enormity dawned on me when Nelson Mandela called to say how proud he was‚” Berman concluded.