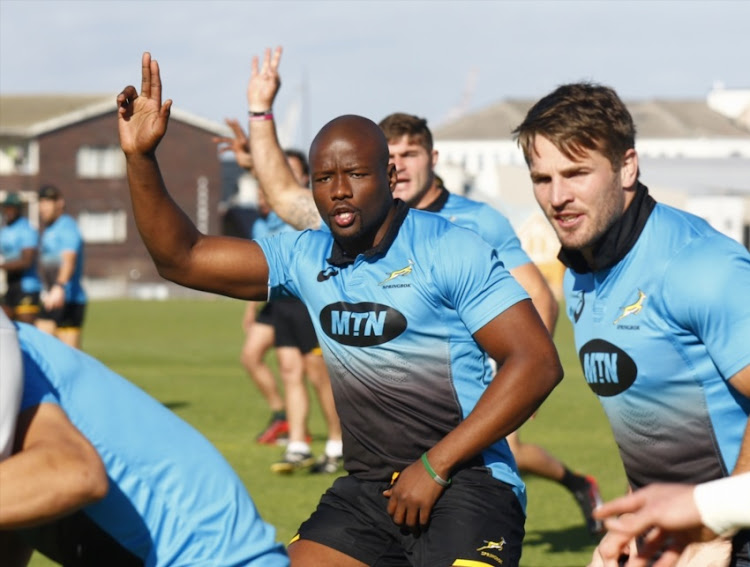 Bulls prop Trevor Nyakane will have a vital role to play for the Springboks during the Rugby Championship.

Springbok scrum coach Matthew Proudfoot has been working closely with the versatile front rower‚ who can cover both sides of the scrum‚ since the team arrived in Port Elizabeth last week.

The Boks kick off their challenge for honours in the Rugby Championship against Argentina at Nelson Mandela Bay Stadium on Saturday.

“If you rock up in Salta (in Argentina)‚ and on Friday morning one of your props is sick‚ then that guy has to come in and do a job. You can’t then fly a guy around the world to play a game on that day‚” Proudfoot said.

“That is why you travel that way and have something with that skill set in the team. We went through a good scrummaging session in which Trevor worked on the tighthead side and I was really happy with it.

“We will do two more sessions this week serving both sides. I have spoken to him about covering both sides and there will be some work done with him‚” Proudfoot said.

He said the coaching staff were very pleased with the results and effort of the first training week‚ adding that the squad is benefiting from spending an extra week together in camp.

“The players have been fantastic all week long during training and the coaches are really proud of the way they have prepared‚ and their excellent effort so far‚” Proudfoot said. - TimesLIVE