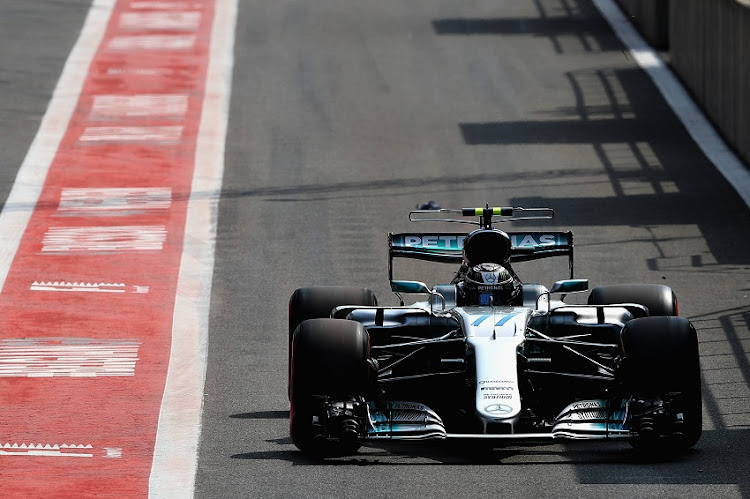 : Valtteri Bottas driving the (77) Mercedes AMG Petronas F1 Team Mercedes F1 WO8 in the Pitlane during qualifying for the Formula One Grand Prix of Belgium at Circuit de Spa-Francorchamps on August 26, 2017 in Spa, Belgium.
Image: GETTY IMAGES

Finnish Formula One driver Valtteri Bottas is set to stay at champions Mercedes next season with only small details remaining to be signed off, according to team boss Toto Wolff.

“It’s a no-brainer as it stands for next year to continue with Valtteri,” the Austrian told reporters at the Belgian Grand Prix after Ferrari confirmed Sebastian Vettel had signed a three-year contract extension.

That news ended speculation that the German, who would have been out of contract at the end of the season, could switch to Mercedes.

“It’s just down to the nitty-gritty details and the paperwork and see how it pans out in the future,” said Wolff of Bottas’s situation. “There’s a pretty big chance he will be here next year.” Bottas arrived at the Formula One champions in January as a replacement for 2016 world champion Nico Rosberg, who had stunned the sport by announcing his sudden retirement in December.

Bottas, who had management links with Wolff when he was at Williams, has settled in well at Mercedes and has won two of his first 11 races with the team.

The Finn is third in the standings, 19 points behind triple world champion team mate Lewis Hamilton, who is in turn 14 adrift of championship leader Vettel.

Bottas has also finished on the podium in his last five races, scoring more points than any other driver over that period, with eight top-three places to date.

He and Hamilton also get on well, with the Briton saying earlier in the week that he saw no reason for anything to change.

“There is another new element in the team and it works,” Hamilton, whose relationship with Rosberg was far more intense, told reporters.

“I don’t believe any of the bosses or any of the individuals within the team is unhappy with what is currently in place, so I find it hard to believe they will change that.”