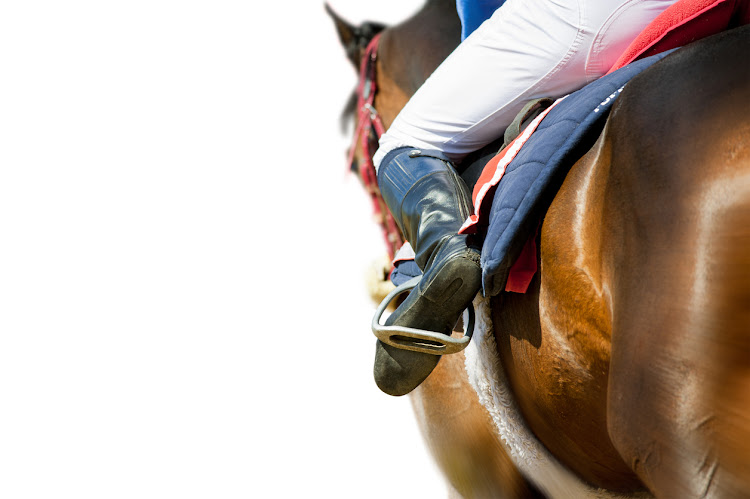 Find a jockey, or trainer, on a mission or heading into a streak and follow him relentlessly.
Image: Gallo Images/iStockphoto

Bet on winners and you'll make money at the races.

It sounds like an absurd thing to say, but let me explain. If you'd wagered R1 on every runner ridden by jockey Craig Zackey in the past month, you'd have come out R56.50 in profit.

If you'd been brave and stuck on a grand each time, you'd be R56,500 richer in short order.

My colleague Jack Milner calculated this remarkable stat as he reflected on Zackey being in the form of his life, booting home 16 winners as he travelled up and down the country throughout August.

The lesson is: find a jockey, or trainer, on a mission or heading into a streak and follow him relentlessly.

Of course, finding the right guy at the right time is the catch. But in the case of Zackey it wasn't all that difficult.

The personable kid has been an up-and-comer for a while now and is tipped by many as a future champion jockey. At the end of July and the 2016-2017 racing season, many of South Africa's elite riders took a breather, so more good mounts came the way of precocious lads eagerly climbing the ladder. Young Craig stepped right up.

Another winner is Mark Khan, no spring chicken but five times the national champion. He quit riding in 2010 because of injury. Since then, he has been a racing manager, pundit and work rider, among other things, but the adrenaline of the race has proved too strong and he's back in the saddle.

In the second ride of his comeback, at Turffontein last week, Khan showed us what we've been missing as he steered home the well-named Effortless at 12-10 for Gary Alexander. Two days later the 49-year-old master was back in the winner's box on another appropriately named nag, Zeal And Zest.

But the "winningest" jockey in recent days has been Gavin Lerena, back from a stint in the UK and finding the local scene a piece of cake.

So, if we confine our punting to the aforementioned three gents, occasionally slinging in others with high-winning ratios - Aldo Domeyer, Muzi Yeni and Randal Simons - we might be onto something. And if any of them is riding for in-form trainer Alec Laird, hey, what could go wrong?

The change of season is announced on tomorrow's Turffontein card by the Spring Spree Stakes, a Grade 3 sprint with a competitive field.

As Sod's Law would have it, the winning theory outlined above might not be the wisest application here. Our chaps in the frame are drawn wide, have heavy weights or are on horses that might be unfit after a rest.

When in doubt, go with The Striker. (That's another of my famous formulas for success. It works. Sometimes.)

Striker Strydom rides Angel's Power for the Azzie yard. Owner Richard Maponya's speedy five-year-old was badly hampered last time out and finished in a canter in fourth. He'll be primed for this.