Kevin Anderson’s single-mindedness is paying off 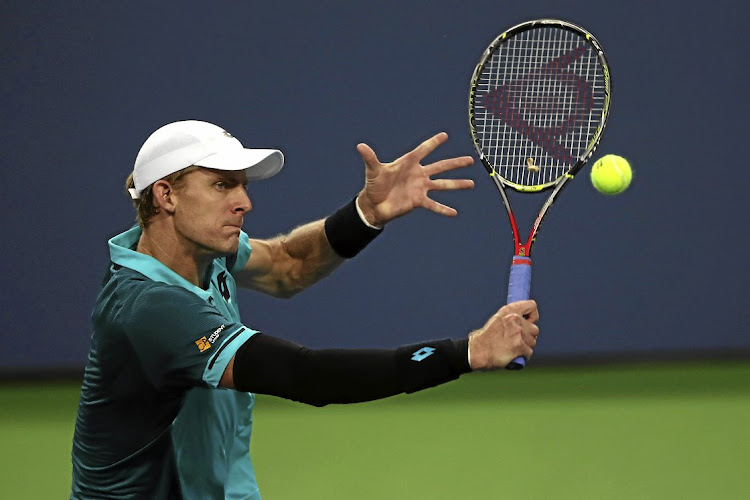 South Africa’s Kevin Anderson’s progression to the semifinals of the US Open on Wednesday has come relatively late in a career hampered by injury but always full of promise‚ and is the result of dedication and focus.

He will face Spain’s No 12 seed Pablo Carreno Busta for a place in Sunday’s final at Flushing Meadows in New York.

The 31-year-old is built for power on the tennis court with his 2.03m frame able to send down a barrage of aces and unplayable serves.

But last year his body was breaking down.

From a career high singles rank of No 10 soon after making the US Open quarterfinals in 2015‚ Anderson struggled through a series of knee‚ ankle and shoulder injuries in 2016 that saw him slide down to 79th by March this year.

But he’s put that behind him and this northern hemisphere summer has played some of the best tennis of a career that has brought three ATP singles titles and nearly $9m in prize money.

He went in to the US Open ranked 32 in the world and 28th for the tournament.

Fourth round appearances at both the French Open and Wimbledon were signs of his improvement‚ which was backed up by making the Citi Open final in Washington last month.

That form carried over to New York‚ where he stands the chance of becoming the first South African since Kevin Curren at Wimbledon in 1985 to make a Grand Slam final.

Witnessing his blistering serve and scorching ground strokes‚ it’s difficult to understand why he hasn’t won more titles‚ or contended more regularly at the majors.

Had he played in the 1990s‚ when the game was all about power‚ and surfaces and balls were faster than they are now‚ Anderson might have had a few major titles under his belt.

SA's No.1 Kevin Anderson up against Querry‚ crowd and history at US Open

But Anderson has played in an era when courts and balls became slower as organisers feared fans losing interest in tennis due to rallies that were over in the blink of an eye.

The change in surfaces and balls‚ slowing the game down‚ placed emphasis on stamina‚ accuracy‚ agility‚ shot-making and supreme fitness.

Oh‚ and there has been the small matter of playing in the time of Roger Federer‚ Rafa Nadal‚ Novak Djokovic and Andy Murray – four players that would be in the conversation for the top 15 of all time – that have also stood in Anderson’s way.

But he has worked manically and meticulously at maximising his strengths (serve and power) and improving his weaknesses (agility‚ speed and consistency)‚ sometimes to the frustration of South African fans and Tennis South Africa (TSA) alike.

Anderson has not played Davis Cup for SA since 2011 and over the last six years he has had simmering feuds with TSA because he has prioritised his schedule to make the most of his remaining years as a singles professional.

“The unfortunate reality is that the current scheduling and format of the Davis Cup would require me to make major sacrifices in the way of travel‚ training‚ rehabilitation and preparation for major tournaments‚ like Wimbledon‚” Anderson wrote in a column for Supersport in 2015.

“Ultimately‚ such a sacrifice would compromise my results and any hope of competitive representation for South Africa at Grand Slam tournaments.

Federer and Nadal move within sight of landmark meeting

Roger Federer crushed Germany's Philipp Kohlschreiber 6-4 6-2 7-5 to ease into the quarter-finals of the U.S. Open and remain on a collision course ...
Sport
4 years ago

“I recognise that many South Africans associate a team competition against other nations as the ultimate way to show national pride.

"Although this is the case in rugby‚ cricket and soccer‚ I can assure you that‚ as a tennis player‚ my South African pride is most proudly on display when I achieve success on an international scene.”

But in a sport that is the epitome of individualism Anderson’s focus is showing rewards.

His first semi-final appearance at a Grand Slam might have come on the wrong side of 30‚ but there is no reason to assume it will be his last.

Anderson is a grafter who worked his way up through collegiate tennis in the USA‚ where he was a two-time All American‚ through the Futures and Challenger Tours‚ to eventually becoming a regular fixture on the ATP Tour.

Who knows‚ he could add ‘US Open champion’ to that resume in the coming days.