Age in e-sports: does it matter?

They say sport is a young man’s game and that is certainly true for competitive video gaming too, but the old boys have a few tricks up their sleeves 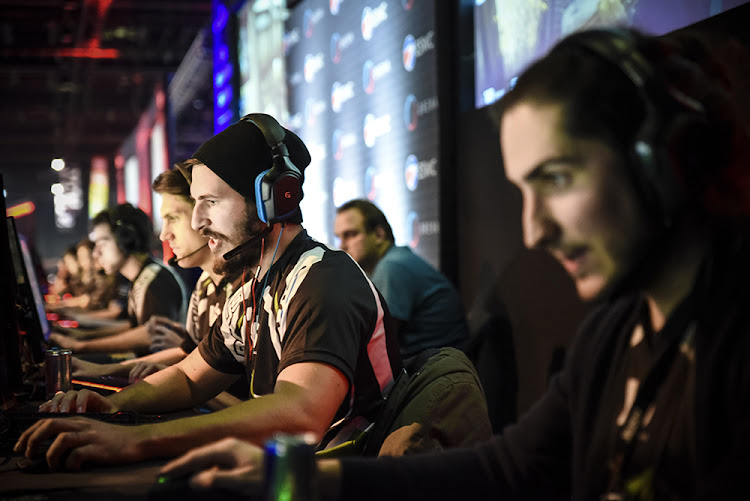 Most e-sports professional players around the globe are in their early 20s and it is not uncommon for players to retire around 25 or 26. However, as the sport matures, some players extend their careers.
Image: Scott Peter Smith

With two-thirds of us at e-sports website Good Luck Have Fun on the wrong side of 30, the topic of age in e-sports is pretty close to our hearts. So we caught up with another expert on being older than your average gamer, Damage Control’s Christopher "Apocalypse" Lautre, to get his thoughts on the matter.

There is no doubt that, on the surface at least, e-sports appear to be a young person’s game. Most pros around the globe are in their early 20s and it is not uncommon for players to retire around 25 or 26.

This has led to the idea that the drop-off in reaction time as people get older makes it virtually impossible for them to compete as they head towards the big three-oh.

However, as the industry has started to mature, instances of professionals extending their careers are becoming more common. This has led us to suspect there might be a bit more to the topic than meets the eye and, thankfully, Apocalypse agrees, otherwise this would’ve been a very short article.

“I would argue that there are too many unknown factors and not enough research to make assumptions in e-sports.

“Traditional sports (such as rugby and soccer) see a retirement age of around 32-35 largely due to the intense physical demands placed on athletes and the deterioration of the body.

“Chess, however, which is also considered a sport (albeit missing the physical element), sees players enjoy substantially longer careers.

“I certainly acknowledge that there must be a drop-off at some stage, but it is premature to try to define the specifics at this point, as it will also vary according to the individual.”

The prevalent theory regarding older players stems from research that showed the brain’s ability to react to stimuli peaked at the age of 24.

“Reflex is obviously an important factor in gaming, particularly at higher levels. A player with slower reflexes may have a great mind for the game and just not be able to convert situations into wins based on slower mechanics.

“Again, we simply don’t have the data to make a judgment yet. I have measured my reflexes consistently since around the age of 16, and have yet to realise a noticeable decline.

“The plethora of other skill requirements factor in, which require intense practice and training, but reflex will always be one of the base elements for a superstar player.”

We won’t argue against the fact that reaction time is a vital part of being a professional gamer, but by now we are all well aware that there is far more to pro gaming than being able to pull off sick-as-hell 180 no scopes.

There are certain things that being the quickest gun in the south just can’t compete with, such as map awareness, positioning, being able to read your opponents and counter their strats. That only comes with experience… or hacks, but you’ll never get banned for using experience.

“I would say that all of the mechanics and skills relating to gaming require constant practice, introspection and perhaps coaching – similar to traditional sports. These will most definitely get better with experience, but I believe e-sports is very much a ‘use it or lose it’ scenario with regards to skill.”

However, there is no denying there is a bias against older professional gamers. DC themselves are known as the “Old Men of South African CS:GO” with an average age of just under 30.

“We do get the occasional comment, however, the comments seem to drop off fairly rapidly when we 16-0 the young guns in the group stages of competitions. Jokes aside, it hasn’t really been an issue, and all comments are always in good humour. We have a pretty great community in RSA Counter-Strike.”

There have also been plenty of instances of high-profile professionals retiring well before they hit three decades of age, but there could be something else at play, beyond just not being able to click on pixels fast enough.

“Until very recently, e-sports earnings have not really been viable for players to see it as a long-term career path. I think the answer to players retiring is simply to earn more money in other areas.

“I am glad to see that e-sports has grown to a point where players are making millions of dollars. So, my advice to youngsters would be to go for it. It’s a fantastic opportunity to travel the world whilst competing at the highest level in the world at your passion. To me it doesn’t get much better than that.”

Maybe sentimentality is another thing that comes with age, but that sounds pretty darn good to us. Then, of course, as you get older life starts to get in the way, so get started early.

“I do feel the pressure to stop competing, purely from a professional standpoint. I have very supportive friends and family, but I have increasing demands from work that have to be met (again, prioritising my primary source of income). I deal with the pressure by good time management … and beer.”

While there is plenty of evidence to suggest normal human beings start reacting more slowly when they get past 24, we all know that professional gamers are far from normal and their reflexes are far beyond those of the average person to start with.

There is also a problem with current studies as they measure only the reaction time to a single stimulus, such as "Click your mouse when the screen turns red", and there is so much more going on in just about any esport.

And you can’t argue with results. Damage Control consistently finish in the top four of just about every event they compete in. They are one of the top teams in South Africa, despite being older than most of their peers.

We’ll certainly be cheering the ballies on as they teach the young whippersnappers to respect their elders.

This piece was written by Good Luck Have Fun, a website that tells esports stories.