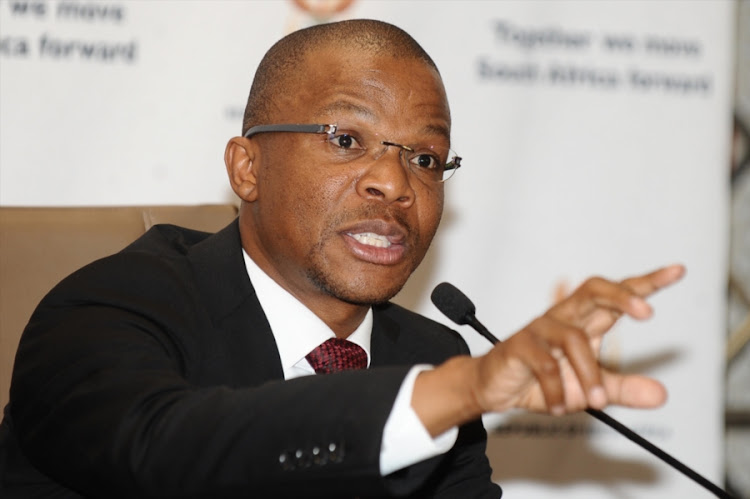 New CEO Tsholofelo Lejaka during the Announcement of Boxing South Africa C.E.O and the Unveiling of the BSA's Boxing is Back programme at GCIS Tshedimosetso House on May 20, 2016 in Pretoria, South Africa.
Image: Lefty Shivambu/Gallo Images

National broadcaster SABC has angered boxers‚ trainers‚ promoters and even Boxing SA (BSA) officials by delaying its decision on which of three potential tournaments in Polokwane it will broadcast on Friday night.

Three promoters had submitted bids for the TV rights‚ but by late Tuesday afternoon — fewer than 48 hours before the scheduled weigh-in — everyone was in the dark as to which tournament would get the green light.

More than 40 boxers who were lined up by the three promoters have been training for several weeks‚ trainers and promoters said.

“BSA has written to SABC to express its displeasure about the SABC’s unilateral handling of the selection process and to ask for clarity and updates on how read is SABC to appoint the promoter for the Limpopo tournament.”

One of the three promoters‚ Josias Maphepha‚ said they had been promised a decision weeks ago‚ yet they had heard nothing by late yesterday.

“Every day they say ‘next week‚ next week’. It’s frustrating us a lot.”

Maphepha added that he had a sponsorship deal for the tournament from Limpopo’s Sport‚ Art and Culture department.

It is understood that all three shows would have featured title fights‚ including for the national belt.

Whatever SABC decides‚ at least two-thirds of the boxers who have been preparing to fight on Friday will be left high and dry.

Promoters are required to deposit all purses 14 days before a tournament‚ and contracted boxers are supposed to be paid 10% of their purses as compensation when tournaments fall through.

“Any promoter who has signed contracts with boxers and lodged them with BSA will have to honour obligations to the boxers as per the regulations‚ including the 10% cancellation fee‚” said Lejaka.

Two boxers were stabbed in separate incidents at the weekend‚ one to death and the other was left fighting for his life in hospital.
Sport
4 years ago

Jake LaMotta, the former world middleweight boxing champion who died on Tuesday at the age of 95, was raised on some of the meanest streets in New ...
Opinion & Analysis
4 years ago