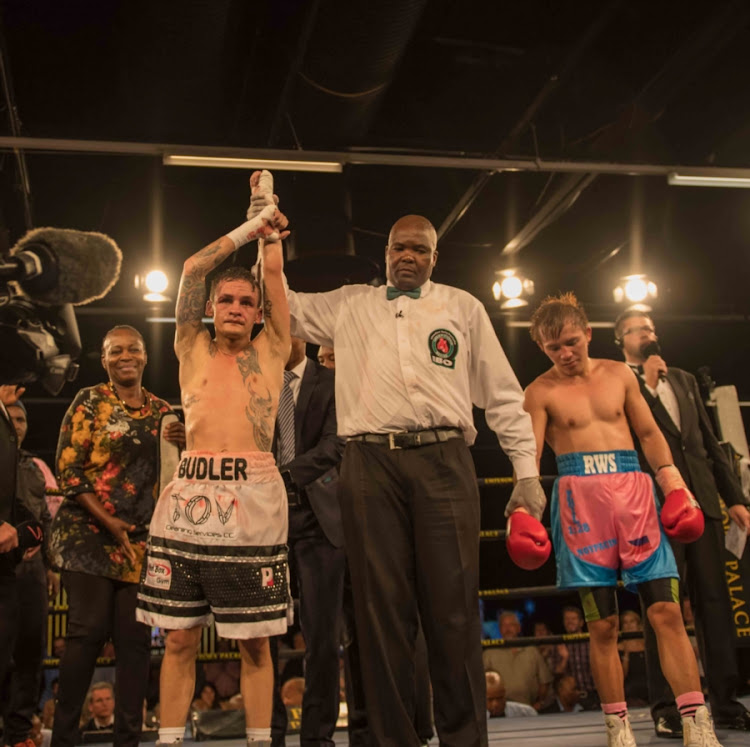 Budler might have added the IBF strap to his collection had the champion‚ Milan Melindo‚ not received preferential treatment by the referee‚ who allowed his corner to work on a cut above the eye during the round.

The referee was also criticised for ruling a slip by Budler in the last round as a knockdown.

In the end‚ the South African lost by split decision‚ with many local pundits calling it a robbery.

“It wasn’t just a poor refereeing decision‚ it was like everybody contrived against him [Hekkie]‚” said Berman.

“I’m very confident‚ if I can make a good argument‚ I can get him on the [WBC] rankings and then a shot.”

Berman is also looking to get rankings for his welterweight prospect‚ Tulani Mbenge‚ as well as his cruiserweights Kevin Lerena and Thabiso Mchunu.

He would like to get one of them a crack at the WBC Silver belt‚ a stepping stone to the world title.

Only two South African fighters have won WBC world titles over the years‚ Sugarboy Malinga and Dingaan Thobela‚ who both held the organisation’s super-middleweight strap.

The WBC convention begins on Sunday and runs until Friday next week.

National broadcaster SABC has angered boxers‚ trainers‚ promoters and even Boxing SA (BSA) officials by delaying its decision on which of three ...
Sport
4 years ago

Two boxers were stabbed in separate incidents at the weekend‚ one to death and the other was left fighting for his life in hospital.
Sport
4 years ago