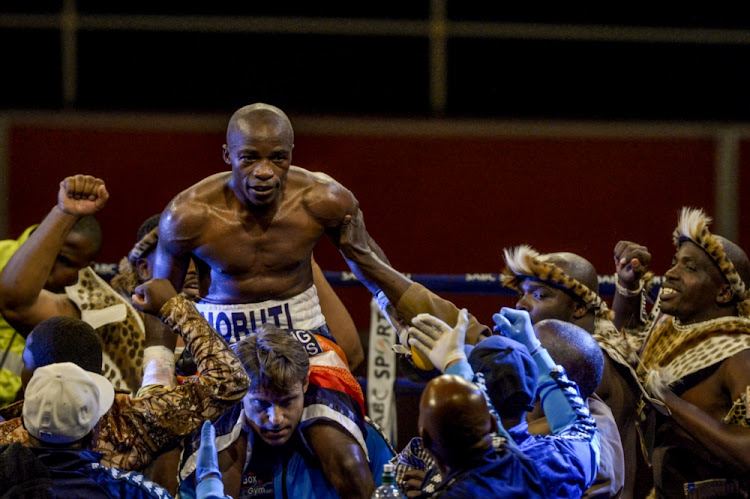 These two sanctioning bodies do not unify. That means Moruti has to be stripped of his title by the IBO championship committee the moment he steps inside the ring for the IBF international belt against Ardin “The Jackal” Diale of the Philippines at Mahikeng Convention Centre‚ North West‚ on Friday night.

New Jersey‚ USA-based IBO president Ed Levine confirmed to TimesLIVE on Thursday that Mthalane was no longer his champion.

“Yes‚ Moruti Mthalane has vacated his flyweight title and we wish him well in his future‚” Levine said.

Mthalane won that title in 2015 and defended it three times.

Said Nathan: “With heavy heart‚ we had to vacate the IBO title which was beyond my control.

“My gratitude to the IBO championship committee for all the opportunities. I know that IBO would not have approved the fight for the IBF international title next week. But if I had it my way‚ I would have loved for him to keep the IBO belt.”

A win for Mthalane next week will see his current No.10 spot in the IBF improve. He will also be rated by the World Boxing Organisation‚ which does not rate IBO champions.

The fight next week‚ according to promoter Tshele Kometsi‚ is aimed at affording Mthalane the opportunity to fight for the actual IBF strap that he vacated in 2014 due to a paltry purse he was to earn for his fifth defence against Amnat Ruenrong in Bangkok that year.

Kometsi of TK Boxing promotion said: “I was not going to pay IBO’s sanctioning fee of R250 000. It is just too much.

“I paid for Moruti’s defence against Genesis Libranza in April. Remember I still have to pay the purses for Mthalane and his opponent‚ accommodation and food for officials.

“I spoke to Moruti about the challenges regarding the IBO and he understood. Interestingly‚ the IBF is superior‚ but I paid far less sanctioning fees than what I paid for the IBO.”

Mthalane‚ 35‚ is from Lindelani in Durban. He has 34 wins from 36 fights while 29-year-old Diale‚ a former WBC International flyweight champion‚ has 33 wins‚ 11 losses and four draws.