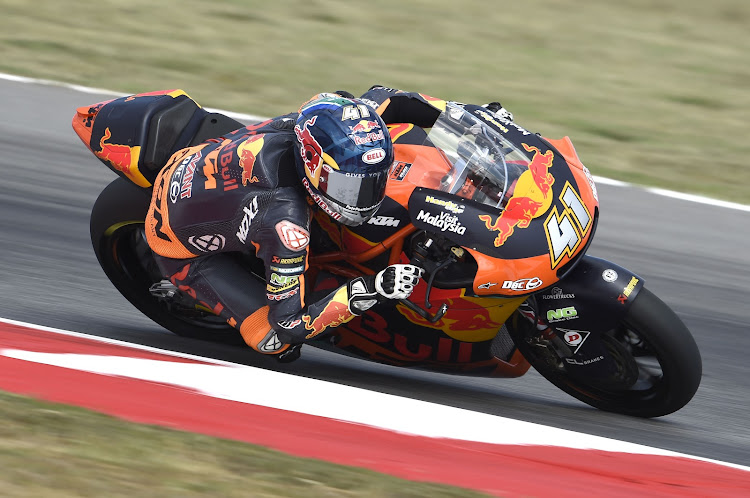 It’s been a good weekend for Binder‚ who had his best ever qualifying in the intermediate class this weekend‚ putting his KTM in fourth.

He managed to maintain excellent pace throughout the race on Sunday‚ culminating in a tussle on the penultimate lap with championship leader Franco Morbidelli.

Binder‚ true to form this season‚ attained exceptional pace in the final stages of the race‚ setting the fastest lap of the contest on the second-last stretch.

“I am really stoked to make it onto the podium here. All weekend from the first lap around the track on Friday I felt really good. We didn’t play with the bike at all. We just went out and did as many laps as possible‚” he said.

“At the beginning of the race I tried my best to stick with Miguel but he had really good rhythm and I made way too many mistakes. Afterwards I started to race a little with Morbidelli and (Takaaki) Nakagami‚ but in the last few laps I started to feel a lot stronger‚” Binder said.

“So to come out and fight with the guys and come out with second position‚ I am really happy.”

Binder’s podium pushes him into 10th place in the championship standings‚ while teammate Oliviera takes third.