Schoenmaker qualifies for Commonwealth Games with an A 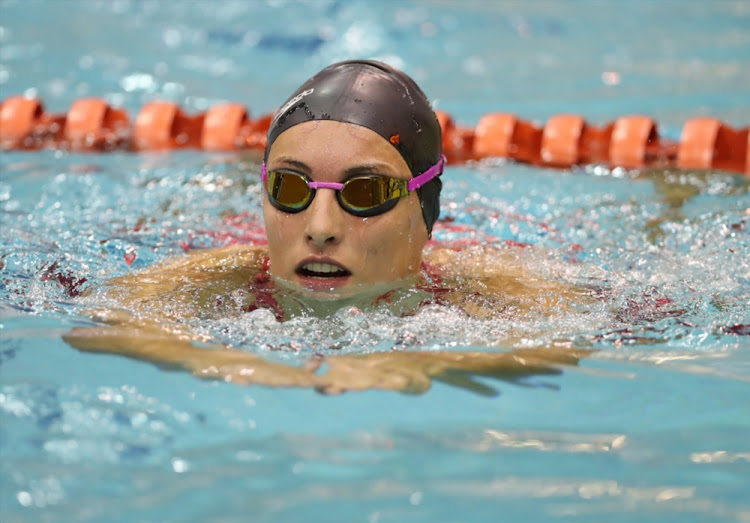 Tuks student Tatjana Schoenmaker officially added her name to the list of Commonwealth Games qualifiers in Durban on Monday morning.

But more impressively was how dominant she was swimming out in front on her own‚ clocking 2min 25.83sec in her favourite 200m breaststroke.

Swimming in the heat before‚ Port Elizabeth matriculant Kaylene Corbett also made the cut‚ going 2:29.63.

Veteran Leith Shankland returned from more than two years of retirement to clock the fastest time of the 100m freestyle heats‚ his 50.47 putting him into the selection mix for SA’s Gold Coast 2018 showpiece from April 4-15.

Calvyn Justus was second in the same heat in 50.49 to bag his second qualifying time of the gala after the 100m backstroke.

Chad Le Clos took it easy in this race‚ finishing third‚ as well as in the 200m butterfly‚ saving his qualifying performances for the evening finals.

Swimming SA’s qualifying times are based on the international B standards that were used to qualify for the world championships earlier this year.

Schoenmaker‚ however‚ was only the third swimmer here so far to have beaten the A qualifying times‚ after Cameron van der Burgh in the 100m breaststroke and Ayrton Sweeney in the 400m individual medley.

There’s no need to produce the A standards‚ but it does show form.

“It [qualifying] does take a lot of pressure off‚ but I still want to try in the 100m breaststroke‚” said Schoenmaker.

“I wasn’t looking for personal bests here‚ I just wanted to swim the times.”

So far 15 swimmers have beaten Swimming SA’s (SSA) qualifying times‚ although the SA Sports Confederation and Olympic Committee (Sascoc)‚ which picks the team‚ has said it wants competitors across all codes to be ranked in the top 10 of the Commonwealth.

A 16th swimmer‚ Ryan Coetzee‚ achieved a B standard in the 50m butterfly‚ but with SSA recognising only Olympic events‚ he will need to try achieve selection in another discipline.