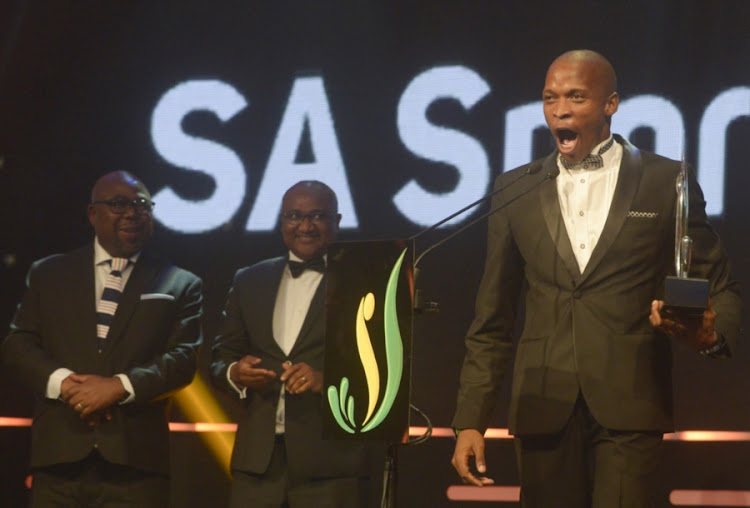 As 2017 nears the end‚ we take a look at some of the moments that captivated sports fans allover the world over the past 12 months.

Australian opening batsman David Warner becomes only the fifth cricketer in history to score a century before lunch on the first day of a test.

His FA Cup goal against Reading took Rooney‚ 31‚ to 249 goals in 543 games‚ reaching the landmark 215 matches and four seasons quicker than Charlton.

Hashim Amla scored a century in his 100th test against Sri Lanka in the third cricket test at the Wanderers.

American Justin Thomas‚ 23‚ becomes the youngest man to break 60 on golf’s PGA Tour‚ shooting an 11-under 59 in the first round of the Sony Open in Hawaii.

Muirfield Golf Club votes by a large majority to drop its men-only policy and welcome female members for the first time.

Bhongolwethu Jayiya scores the fastest hat-trick in the Premier Soccer League‚ three goals in 10 minutes for Cape Town City in their 4-1 win over Chippa United at Athlone Stadium in Cape Town.

The Stormers beat the Chiefs 34-26 at Newlands in what is widely considered to have been one of the epic Super Rugby matches of all time. Dillan Leyds throws a stunning pass while seated on the ground to SP Marais to score.

Sergio Garcia wins the Masters‚ his first major‚ in a playoff against Justin Rose.

It made Gongqua the first Capetonian to win the 56-kilometre race since Don Hartley in 1973.

South African Gift Ngoepe becomes the first African player in Major League Baseball when he turns out for Pittsburgh Pirates against the Chicago Cubs. The Pirates win 6-5.

Anthony Joshua‚ 27‚ of Britain‚ knocks out Wladimir Klitschko‚ 41‚ in the 11th round to add the WBA world heavyweight boxing title to his IBF crown at London’s Wembley Stadium.

The Blitzboks win the world sevens rugby title by beating Scotland in the final of the Paris leg‚ the second last leg of the sevens world series.

It’s their second title‚ the first having been in 2009. They won five out of nine tournaments on the series.

The British and Irish Lions beat a 14-man All Blacks team (without Sonny Bill Williams‚ red-carded for a shoulder charge on Anthony Watson in the 25h minute) 24-21 to square the rugby test series.

Leg spinner Wanidu Hasaranga of Sri Lanka becomes the third player in the history of one-day cricket to claim a hat-trick on debut. He does so against Zimbabwe.

All Blacks and Lions draw 15-15 at Eden Park to share the rugby test series 1-1. Three Barrett brothers feature in the test for the All Blacks: Beauden‚ Jordie and Scott.

South Africa’s juniors top the medal table at the under-18 world athletics championships (in the absence of the Americans‚ Chinese‚ Cubans and British). The contingent of nine boys and three girls win five gold‚ three silver and three bronze.

Adrian Boros of Hungary becomes the first non-South African to win the Berg River canoe marathon‚ his time for the four legs is 16hrs 53min 11.4sec

South Africa win the second cricket test against England by 340 runs at Trent Bridge‚ having lost the first.

Brandon Grace shoots a 62 in the third round of the British Open at Royal Birkdale‚ the lowest single round in a major golf tournament.

Beauden Barrett gets a hole-in-one at the Steyn City golf course‚ two days before the Hurricanes lose to the Lions in a Super rugby semifinal at Ellis Park.

The Lions come back from 22-3 down against the Hurricanes at Ellis Park and win the Super semifinal 44-29.

Moeen Ali of England becomes only the fourth bowler in test cricket history to seal a match with a hat-trick against South Africa at the Oval.

Neymar becomes the most expensive player in soccer history after completing his transfer to Paris St.-Germain from Barcelona for 222 million euros ($262 million).

Luvo Manyonga completes a triumph in the long jump at the world athletics championships in London. His second-round leap of 8.48m takes gold from the US's Jarrion Lawson by four centimeters and fellow South African Ruswahl Samaai is third.

Caster Semenya wins the women's 800m on the closing night of the world athletics championships in London.

The Olympic champion's time of 1min 55.16sec is a personal best and a world leading time for 2017.

Justin Thomas wins his first major golf title with a two-shot victory at the US PGA Championship at Quail Hollow.

Rafael Nadal‚ 31‚ returns to the No 1 position in men’s tennis‚ replacing Andy Murray. It is the first time since July 2014 that he has been at the top.

Floyd Mayweather beats Irishman Conor McGregor by way of technical knockout in the 10th round of their much-hyped megafight in Las Vegas to keep his perfect record intact.

Caster Semenya breaks world record in the 600m in Berlin in a time of 1min 21.77sec which was 0.86sec than the previous best set by Cuba’s Ana Fidelia Quirot in 1997.

Kevin Anderson reaches the semifinals of a grand slam tennis tournament for the first time by beating Sam Querrey in the US Open.

Martina Hingis‚ 37‚ wins two titles at the US Open - women’s doubles with Yung-Jan Chan of Taiwan and mixed doubles with Jamie Murray. It takes Hingis to 25 grand slam titles.

South Africa’s Kirsty McCann wins the lightweight women’s single sculls crown at the rowing world championships in the US .

Simona Halep becomes world No 1 in women’s tennis when she beats Latvia's Jelena Ostapenko 6-2‚ 6-4 in the semi-finals of the China Open.

The Springboks lose 25-24 to the All Blacks at Newlands‚ but all agree it’s a big improvement after losing 57-0 to the same team in North Harbour the previous month.

Kagiso Rabada‚ 22‚ becomes the youngest bowler in test cricket to reach 100 wickets with his 10 for 63 against Bangladesh in Bloemfontein where South Africa win by an innings and 254 runs on the third day.

Iceland seal a place in the 2018 World Cup Russia 2018 with a 2-0 victory against Kosovo in Reykjavik‚ becoming the smallest nation ever to qualify for football’s World Cup finals.

Claire Polosak‚ 29‚ becomes the first woman to umpire a men’s elite cricket match. She stands at the Hurstville Oval in Sydney in the List A game between New South Wales and the Cricket Australia XI.

Lionel Messi scores a hat-trick as Argentina come from behind to win away in Ecuador and qualify for the 2018 World Cup in Russia.

Former world No1 Maria Sharapova wins her first tennis title since May 2015 beating Aryna Sabalenka 7-5 7-6 (10-8) in the Tianjin Open final.

Quinton de Kock and Hashim Amla blitz a century each to become South African cricket's most prolific ODI pair of all-time. On the back of their innings‚ South Africa wins by 10 wickets against Bangladesh.

Cristiano Ronaldo is named the world's footballer at the 2017 Best Fifa Football Awards in London.

Western Province win the Currie Cup for the 34th time by beating the Sharks 33-21 at King’s Park in Durban.

Lewis Hamilton finishes ninth in the Mexican Grand Prix‚ but wins the world Formula One motor-racing title because Sebastian Vettel‚ his closest rival‚ finishes fourth instead of at least second to keep the race alive.

An organising board of World Rugby recommends South Africa as hosts of the 2023 Rugby World Cup.

From the criteria‚ South Africa ranks highest with 78.97%‚ France second with 75.88% and Ireland third with 72.25%. But South Africa still lose out to France in the final vote.

Rafael Nadal beats Hyeon Chung in the second round of the Paris Masters tennis tournament to ensure that he will end the year at No 1.

Rafael Nadal is awarded damages after a former French sports minister had accused him of doping.

Maro Marais of Border breaks the world record for the fastest ever triple century in a first-class cricket match by bludgeoning an unbeaten 300 off 191 balls against Eastern Province in East London.

The Springbok sevens rugby team retain their Dubai title by beating the All Blacks 24-12 in the final.

Cristiano Ronaldo beats Lionel Messi – again - to win the Ballon d'Or award for the fifth time and second year in a row.

Seabelo Senatla becomes the fifth and fastest man in history to score 200 tries in rugby’s World Sevens Series when he scores during the Blitz Boks’ 31-5 win over France at Cape Town Stadium.

Egyptian Mohamed Salah is voted BBC African Footballer of the Year for 2017.

Raelene Castle‚ 47‚ is appointed chief execuive of Rugby Australia to become the first woman to head one of Australia’s four football codes.

Steve Smith scores his 22nd test century and his fastest from 138 balls in the third Ashes test against England at the Waca.