What we'd like to see happen in SA esports in 2018

It’s a new year and that means we have new hopes and dreams for South African esports. 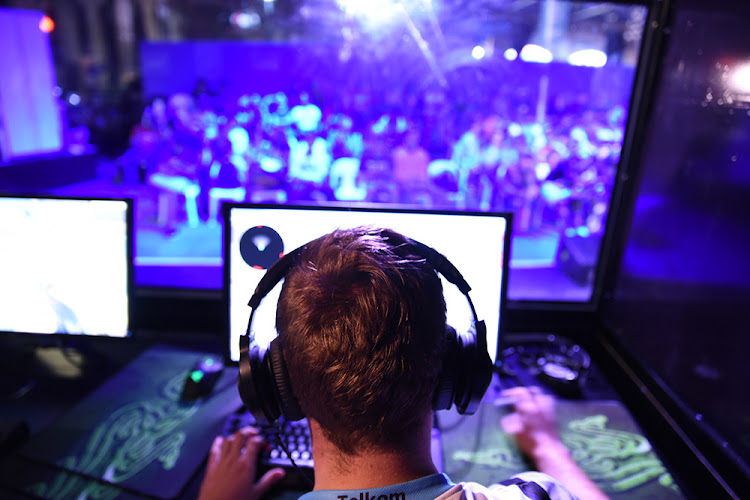 It’s a new year and that means we have new hopes and dreams for South African esports.

We’re not going to say “it’s a big year for South African esports”, because if you look at a calendar you’ll see that this year is exactly the same size as last year and, in fact, the next time the year will be bigger is only in 2020. Science.

What we will say is that the various players - not just player players, but the event hosts, Multi-Gaming Organisations and media - in the local esports scene are finding their place in all this. They’re developing niches for themselves and fulfilling the roles the scene needs to stabilise and grow. And that is big.

So, when you’re blowing out your birthday candles this year, here are the things you should be wishing for to make 2018 even better than 2017.

VS Gaming sorts themselves out

The large prize pools they bring to the scene are great. Don’t think we’re belittling that at all – it’s incredible how much money VS Gaming/Telkom put into esports. But it could be used so much more efficiently. Why have month long leagues and ladders that no one watches and actually have very little to do with the massive prize pool at the end?

The leagues have a place, for teams outside the top tier of South African esports they are great for working your way up. But when it comes to tier one esports, fans only want to really watch and talk about the games that matter. And that’s the point of all this money they’re investing - get people watching and talking about their brand.

Which leaves you with two options - make all the games matter, a la Premier League Football, or only play games that matter; shorter format events like the international scene’s majors and our local Mettlestate events.

Esports or competitive video gaming is one of the most exciting shows at the Rage gaming expo.
Sport
4 years ago

Like, for real. Not travel overseas to play at an event. Go overseas to bootcamp and compete for an extended period of time. Give themselves a chance to improve their game to that competitive level.

We thought it would be the White Rabbit Gaming Dota 2 side, but the recent news from Bravado Gaming telling us their Counter-Strike side is off to the USA for an entire year is a perfectly welcome alternative. They’d probably be able to save some cash if they didn’t travel there in a spaceship. Just saying.

Since this item on our list has already been checked off, we’ll add an addendum to it - see a local team go overseas and make some waves.

Mettlestate made a big launch into esports with their million rand Samsung Galaxy CS:GO event, but we don’t think that’s their biggest contribution to the scene. The minor events they hosted after this – like #JoinTheLegion – showed brands they don’t need to invest a million rand to get involved in esports, paving the way for brands who may have initially been put off to now throw their controllers into the ring.

These types of events are short and entertaining, thanks to the quality of Mettlestate’s production. If a brand wants to advertise a product to the esports market, a Mettlestate event would be the way to go.

The hope for 2018: Mettlestate, or someone else like ACGL, to host more week/weekend long events, but for brands that aren’t endemic to gaming, like First National Bank.

Gamers are going to eventually need to get themselves a bank. FNB’s online services are great, which suits gamers. Maybe even tailor an account to transacting online, as gamers do, let them put their favourite esports team colours or game logo on the card. FNB – How can we help you win? Job done – thousands of gamers are now going to choose FNB over another bank. (GLHF: If anyone wants to sell this idea to FNB, feel free. Just cut us in on the deal.)

SA gets its first house of gaming – yes, an actual house

In what many consider to be a significant step in local esport development, South Africa now has its own dedicated gaming house
Sport
4 years ago

There are far more gamers in South Africa than there are esports fans. Converting these gamers into fans is one of the big jobs that needs to be done in the local scene. The event that did this best for us in 2017 was ACGL’s Injustice 2 event where they combined and esports event and a concert.

Rather than trying to convince people who don’t know much about esports to become fans, they took esports to fans of Jack Parow and Fokofpolisiekar. People come for the music, but also get a taste of esports. If they like it, they’ll check it out some more. Working together with Jack Parow was a shrewd choice, he’s a known gamer, so it doesn’t feel out of place to have video games on the same stage as him.

In 2018 we’d love to see more innovative events like this that help esports reach new markets. Not to mention that events like these do wonders for the image of esports, literally bringing it out of the house and into the public sphere.

Hands down the best piece of PR that came out of South African esports last year was Sinister5 letting their fans play with their players for the VS Gaming Dota Championships. If there was an SA esports awards, which there really should be, they would win the ‘Team Everyone Really Likes’ award.

PR ideas like that do so much for your brand’s image it is actually immeasurable. Look, it’s probably completely measurable, but the measurements are really, really high. The best part about it was that they could have moaned and blasted VS Gaming all over social media, but instead they turned their negative situation into a serious win.

So we’d love another wonderful surprise like that this year. Something that is completely unexpected and wins the hearts of fans.

The hats of ax

Finally, our biggest dream for 2018 is to see axtremes cast in a top hat. That would be the most dapper thing to ever happen. If he was sitting in a velvet padded chair with gold gilding, holding a pipe that would be even better, but we’ll manage our expectations and just settle for the top hat. For now.

This piece was written by Good Luck Have Fun, a website that tells local esports stories.

Energy Esports made history when they beat Bravado Gaming 3-0 in the inaugural ESL Africa Championship grand final at rAge earlier this month to be ...
Sport
4 years ago

The elephant in the esports room

Age in e-sports: does it matter?

They say sport is a young man’s game and that is certainly true for competitive video gaming too, but the old boys have a few tricks up their sleeves
Sport
4 years ago